Hometown > A Track Out Solution LLC

A Track Out Solution LLC

We are a Las Vegas based company that offers same-day garbage dumpster rental and delivery service, residential and commercial clean up and maintenance, demolition clean up, water truck services, concrete washout services and street sweeper services. Our dumpster rental and clean up services are great if you are handling a DIY remodel at your house or expanding your commercial space. We offer you the resources to keep your jobsite free and clear of excess debris that slow down work progress.Our customer service is second to none which is why residents and business owners across Las Vegas, Laughlin and Henderson trust us to be there when they need us. We have worked hard to earn our stellar reputation by going above and beyond for our customers and making sure that we deliver on all of our promises. We will match or beat any price in town; all you need to do is bring us a written estimate from a qualified competitor. Brand new customers qualify for additional discounts. 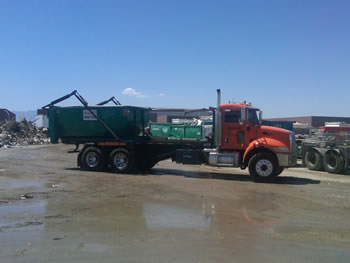 A Track Out Solution LLCWrite a Review
5.0
Review by Jerome L. in Henderson, NV

I had some concrete and heavy debris that needed to be removed, so I opted for the 10 yard dumpster to get the job done. A Track Solution was perfect for the job. They arrived on time with good machinery and their drivers were friendly. They were very professional and worked with me throughout the process. On a scale from one-to-five, I give them a 10!

A Track Out Solution LLC provided me with a 10 yard dumpster that I needed for a construction project. They did what they were supposed to do. They dropped it off on time and picked it up when I was done with it. They charged me just as what they quoted me. Everything was good. I would use them again and recommend them to others.

A Track Out Solution delivered a 10 yard bin with 8 tons of included weight allowance. They were on time, and we didn t encounter any hiccups during the rental process. I will definitely call them again. I was perfectly happy with the service I got.

I needed a 10 yard dumpster for a project I worked on and need to throw away some old cabinetry. A Track Out delivered one to me. I was very happy with the service.

We were working on some landscaping and needed a dumpster for rocks and dirt. Track Out Solution was great. Customer Service was informative and gave us a 10 yard dumpster for a 7-day rental. Price was very reasonable.

We spent an entire weekend landscaping our yard. We really wanted the dumpster early Saturday morning. I called pretty late on Friday to book it and all the AM slots were filled. The woman on the phone said she would do her best to have it there before noon and when we woke up at 7 there it was! They were awesome. 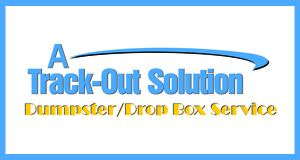 A Track Out Solution LLC