Orr Trucking is your local source for demolition, roll-off dumpster rentals, material hauling, recycling and portable restroom rentals. We're a minority-owned company that prides itself on delivering exceptional customer service and satisfaction with every client.

We work with homeowners, contractors and businesses. We have the right solution for your next demolition or cleanup project. Our full-size dumpsters can handle the biggest jobs, and our prices can't be beat.

'When service counts,' Orr Trucking is here to help.

Orr Trucking and DemolitionWrite a Review
5.0
Review by Name Withheld in Duncanville, TX

We do construction work, and for a particular project we needed a 40 yard dumpster. We got the dumpster from Orr Trucking, and as far as our site manager was concerned, we had zero complaints. They did a great job in completely satisfying our dumpster needs.

I had a 1,200 square foot house that was damaged by fire, and I needed it taken down. I got the services of Orr Contractors for this project and they did quite a satisfactory job. They came when they said they would and finished the job promptly. No unnecessary damages were left to my property and everything was cleaned out perfectly. Everything was just great!

When I needed a dumpster for a roof and siding replacement, I worked with Orr Contractors. Delivery was fine, but the pick-up was horrible. First, they came to pick up the dumpster on a Saturday morning. The dumpster was located at an unoccupied property that was being remodeled in an upscale neighborhood. The driver loaded the dumpster onto the truck without covering or securing the opening. He then proceeded to let all of the debris fly out of the back as he drove off, getting the garbage all over the driveway and street. I tried calling the office, but it was closed, so I didn t get through to anyone. In addition to paying for that dumpster, I had to pay for another dumpster, the labor and time needed to clean up the mess, fines and citations from the city, etc. This company will never receive my business, nor the business of any of my colleagues, again.

I rented a 40 yard from Orr Contractors after getting the quote from a woman over the phone. I was a bit surprised when I found out I was charged $50 more than what I was quoted. It might have been a valid charge, but the woman I spoke with never returned my calls, and I was never given the proper explanation regarding the extra charge.

We needed a 630 sq. ft., 4-inch thick concrete sidewalk demolished and hired Orr Contractors to do it. We are very happy and satisfied with the work they did. They did a good job.

I went with ORR Trucking LLC when I needed a house demolished, and they were wonderful. I wanted to demolish a 450 sq ft wooden house on pier and beam, and they were excellent in getting that done! I love those guys!

The wall we had removed was non-load bearing and measured 79’6” wide, 18’4” deep, and 20 high. The wall separated into 3 rooms that were of no use to us. We were also in need of removing three small offices. All of these walls were also non-load bearing. The total square footage of the job was roughly 1,726 sq. ft. I did not have any issues with Orr. Overall, they were fine to work with. They just basically did what we asked them to do and the results were great

I needed to remove a 18 ft long wall with doors and windows in it that are inside of the house going into a sunroom. I would say they did a great job when it came to the demolition but after the job had been completed, the workers asked me for the payment when I already gave ORR what was agreed for the cost.

Orr Contractor rented us a 20 yard dumpster. They delivered it promptly and brought the one that we needed. I am happy with their service.

I needed a 15,000 gallon gunite pool removed. Orr Contractors filled the hole back in and cleaned up well. I was quite satisfied with their service.

My parents passed away and I needed to have their estate cleaned out. There was a lot of household junk to get rid of. I rented out a 20-yard dumpster from Orr for 2 weeks. They did fine, were prompt, and easy to talk to. They also gave us extra days over the weekend, free of charge.

We had our detached garage taken down and all the debris trucked away. Orr Contractors did the work, and they did a great a job. No complaints. The pricing was great too. They actually came out with lowest bid.

My pool has been nothing but a headache and is always dirty from street pollution. I wanted the pool to be filled in the correct way but the least expensive way possible. The pool is 20x40 and is 12 feet deep at the diving area and 4 feet at the shallow end. I had to have Orr Contractors come out and fill in parts of the pool and I think they did a good job. I did a lot of research before I hired anybody and I don t believe they punched a hole in the concrete bottom of the pool. I only needed the pool filled in and didn t want the concrete broken up. They didn t tell me upfront that they were going to bring in heavy equipments and to expect that my grass is going to be dead. I had beautiful St. Augustine grass and the next thing I know there was nothing but this mound of dirt. I just think that they should tell people that that s going to happen. Also I have spent a lot of money on landscaping that was destroyed too that I planted 3 years ago. They never really gave me a written estimate either but the price was right and I think that they did a good job. When I started telling them about the landscaping they fixed it pretty quick, they got the dirt off of it and saved as much as they could but it s still not exactly the same. And the dirt that they filled in is shrinking on 1 side and I m not real happy about that. I have referred them though to about 3-4 people who wanted to fill in their pool. They re my clients and I told them about it and that it didn t take that long and I already prepared them about it. The grass that Orr brought was ok but it doesn t match my St. Augustine. I just think that they need to tell people about these things. They were here for only about 3-4 days off and on. They did several things that I wasn t happy about but as far as the pool, I just hope they did it right. I m not totally unsatisfied because I ve referred them to 4 people now it s just that I m worried about some things.

I needed to have a concrete slab and driveway removed that is about 2500 square feet. Orr Contractors did a very good job. They were great professionals, punctual and they took care of everything.

I had a 30-35 ft long and 17-18 ft wide pool made of concrete that we needed to be partially demolished. Basically, we needed to have a contractor knock holes in the pool and not a complete demolition. I also had the dirt from a nearby dry pond to fill in the pool. Orr Contractors did the job for me and they did fine.

We needed to demolish a 948 square foot house. I was very satisfied with Orr Contractors. We had no problems with them and would use them again.

We had a fire-damaged property that needed to be demolished. It measures about 3500 square feet. Orr Contractors got the job done, and I think everything went pretty well.

We needed a burned down duplex demolished and debris hauled away. Most of the debris has already been removed. We needed to demolish the remaining structure and haul off all debris including the brick that remained. The slab was to remain in place. Orr Contractors took on the project and seemed to do a good job overall.

I had 7 ft. of exterior wall demolished and removed. Orr Contractors did a really good job. They did it very quickly and at a reasonable price. I thought they were very professional as well. 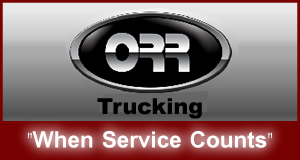