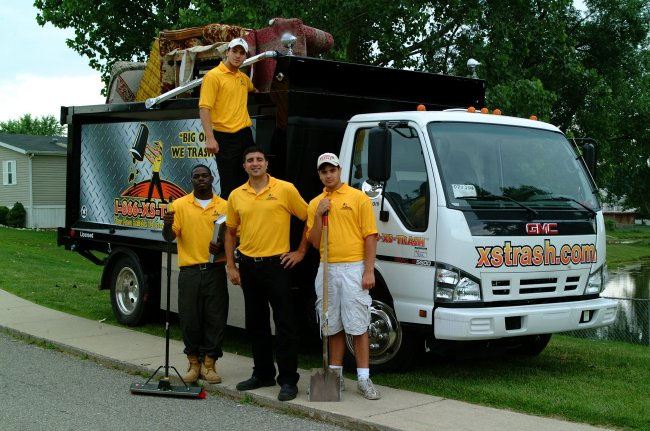 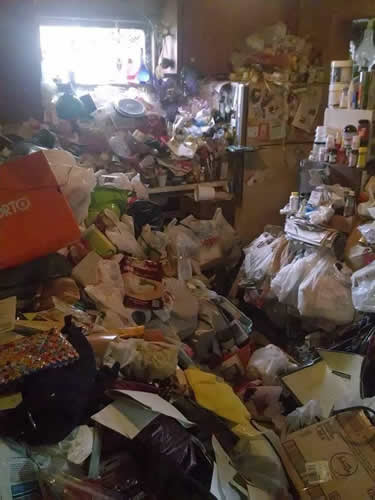 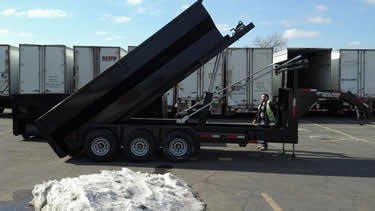 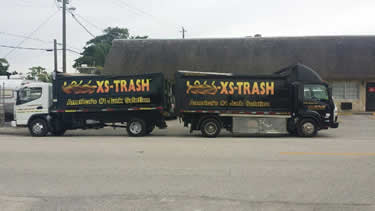 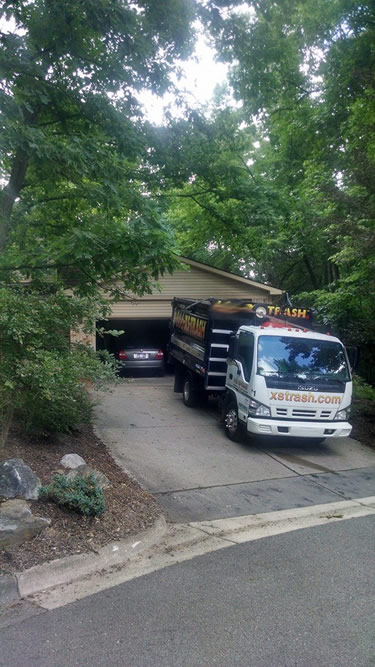 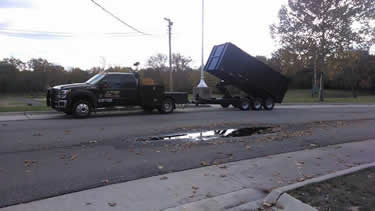 I hired XS Trash to haul away some cyclone fencing and was incredibly satisfied with the job they did. They arrived to get it out of my way the very same day and waived their minimum service charge to only charge me for the amount I needed hauled away. I could not have asked for a better service.

The service we received from XS Trash far exceeded our expectations. They were quick to deliver our rental and had pleasant, professional workers. Their 20 yarder was perfect for our household junk. If I ever have to rent another dumpster, I will rent from XS Trash.

My experience with XS Trash went perfectly. We decided to hire them because they were the only service who could remove a truckload of wood pile right away. Not only did they have immediately availability, but they were very efficient and didn t have any issue with my project. I would gladly hire them for future projects.

I didn t know any guys that remove old furniture, so I went online and found XS Trash. They had pretty good online reviews, and the guy that I spoke with over the phone was very professional and seemed nice to work with. They came in on the agreed date and time, and were efficient in doing their job. I don t have any negative things to say about them.

I needed a couple couches removed from my apartment due to my cats ruining them. There was no way I could get them out myself and get them to a dump. Sam of XS Trash was the man who came by and performed the estimate on the work. He was professional and attentive to what I needed. Once the estimate was complete and I approved the work, he contacted his guys to come out and take care of the couches. I didn t get their names, but they were quick and efficient as well. Overall, my experience was great. Sam got everything knocked out for me, and I didn t have to worry about a thing.

I needed to remove a lot of items and garbage from a property. XS Trash provided me with the service. I had no complaints. They were on time for the appointment and cleaned out the property of all the garbage that I wanted gone. They did an excellent job and I do recommend their service.

I called and scheduled delivery of a 20 yard dumpster XS trash. We used their service for over 8 weeks, and I didn t hear any complaints from our people at the job site. As far as I know, they came, dropped off and picked up the bin in a timely manner. I would consider calling them again for our next project if we have one around the area. They did a good job.

I needed a hot tub removed from an elevated deck from my backyard. XS Trash did the removal for me. They managed to remove the hot tub from a very difficult spot with limited access going back and forth from the backyard to their truck. They gave me a reasonable price and I paid what they quoted me.

I was getting rid of some large furniture pieces from the apartment, which included a heavy bed frame and 2 dressers. I had XS Trash handle the job for me. I was happy they showed up on time and had no problems with the removal. I thought the price was a bit high, but the convenience of the service was great.

I needed an old TV removed from the house and I had XS Trash do it for me. I ve already donated a few of the things I no longer needed in the house and only had to deal with the TV. I had it at the curb to make it quick and easy. They did a good job.

A condominium unit I own had to be cleaned out, so XS Trash was hired for the cleanup. They arrived on schedule and handled the work without any problems. They did a good job for me, and I would recommend their service.

I needed furniture and other things hauled off at our house in Troy, MI. I contacted XS Trash to do it for me. Everything went very well. I would use them again in the future.

I’m getting ready to move so I’m getting rid of some of my furniture. XS Trash came over to pick up some tables and chairs from my living room set. It wasn’t that easy. They had to go up some flights of stairs to do the job, but they were quick and they did a good job. I will probably call them again next week for another hauling.

I had a 90-inch recliner sofa that I wanted disposed of. There was another junk removal company that I called to take care of this, but their truck broke down. I then called XS trash and they immediately came out to get the sofa.

I wanted to remove a sofa and couch from my front yard. XS Trash was a bit pricey, but they came on time and everything went fine.

I had 8 trash cans full of wet wood from the basement and chunks of carpeting and padding that were wet from flooding. I had argued with the city garbage disposal for a couple of weeks about this; first, they told me I had to tie them in 4ft bundles, then they said I had to put them in trash bags, and next it was trash cans. I finally just called XS Trash to come and get it. They weren t horribly expensive, but it cost $350 for a job that took less than 10 minutes. I was happy with the service though. They showed up on time, were very professional, and did a quick job of it.

There was a huge pile of tree limbs, weeds, bush and branches in my yard ready for pick up. XS Trash did great! They were very thorough in doing the project and they finished earlier than I expected. They definitely deserve high marks for it.

I wanted some trash to be hauled out from our garage. We were very happy with the service by XS Trash. They did everything they were supposed to and everything went fine. I would definitely use them again.

Our basement flooded and we had to do an unexpected remodel. We had to tear down all of the drywall and paneling and get rid of other misc. items. It was a completely full load. XS Trash came out even though it was raining that day. They were still able to quickly load everything up. It was a tricky area to get the stuff out but they were able to do in an hour s time. They even swept up after they were done. Sometimes convenience is worth the price.

I had a sleeper sofa I wanted to dispose of. XS Trash came on time and did a good job. They were polite and it was a good experience working with them.

We were doing some remodeling and had quite a bit of stuff hauled away like a dining table with 8 chairs, couch, recliner, and outdoor chair. XS Trash came with 3 very polite men and I was pleased at how quickly they moved the stuff out. I would recommend that you use them.

My parents moved out of the house they had lived in for over 48 years and it needed to be cleaned out. It was to big of a job for my brother and I so we hired a junk removal company to come in and do the work. It was the house is a two story colonial with a full basement and needed a complete clean out top to bottom. XS Trash was a great group of guys and overall they worked hard, got the job done quickly, and did a good job. My only issue was there was still stuff scattered on the lawn and some broken glass in the basement. I do understand it was a long day and a challenge of a job. It took one large size dumpster and an other smaller truck load to get everything out. They had 5 guys and it took them about five hours. Again, a group of hardworking men.

We were moving out and just had years of accumulated junk that we didn t want to take to our new place. I mean, it was a huge dumpster load of stuff! We had a queen mattress set, twin mattress, day bed frame, 2 living room chairs, couple TV stands, and at least 10 contractor bags filled with trash. XS Trash company came to our place promptly with a crew of three men and had all that stuff out of there in no time. I would highly suggest that people use them for any junk hauling needs they may have.

I had an old wooden fence around my property torn down and disposed of. The gentleman from XS Trash was very responsive. He actually came right out when I called and after assessing the fence, gave me the estimate and we in turn agreed to a time for them to come out and take care of it. It all worked out well.

We were getting rid of a lot of stuff and knew it was not something we could or wanted to do on our own, so we contacted a junk removal company to come in and haul the stuff away for us. We had everything from an old riding lawn mower to cement blocks and everything else you could imagine. It was two dumpster loads of stuff. I went with XS Trash removal and the owner Norm is a real friendly guy. He came out with three other guys and had the stuff loaded in an hour.

XS Trash was willing to come into the house and remove things from the premises where some junk removal companies won t come in at all -- they expect to move everything out to the porch or outside of the building. They were able to take more than I originally had thought because I originally called for them to get rid of lots of pieces of 2x4 wood and stuff and they said that they take other things too which was very good. They also helped to disassemble a metal bed.

I had broken wooden bed frames and a cardboard box full of junk that needed to be removed from my yard. I decided to go with XS Trash because they were recommended by a good friend of mine. They came at the exact time and they did a good job. 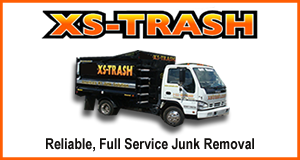