Atlas Disposal is an independently owned and operated waste and recycling company. We have been serving residential and commercial customers with local and affordable debris box containers since 1998. We respond quickly to our customer's needs and work hard to maintain complete customer satisfaction.  We provide onsite containers from 10 to 50 yards with 4 or 7 day pricing available. Atlas Disposal is the clear leader in comprehensive recycling programs for demolition, construction and municipal projects. Atlas is the perfect fit for your recycling, removal and garbage collection needs. 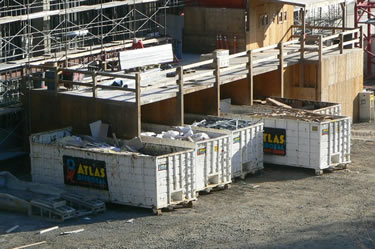 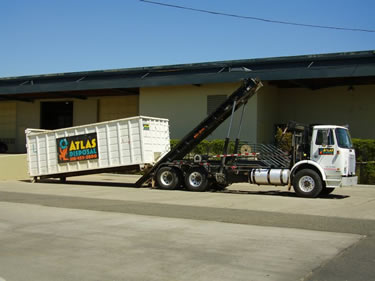 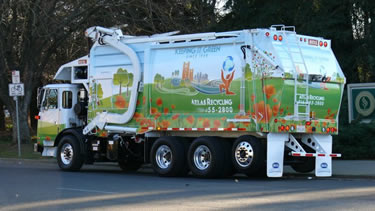 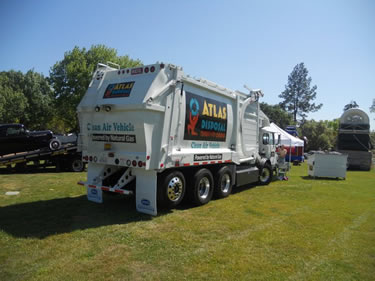 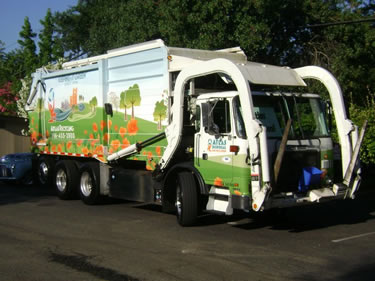 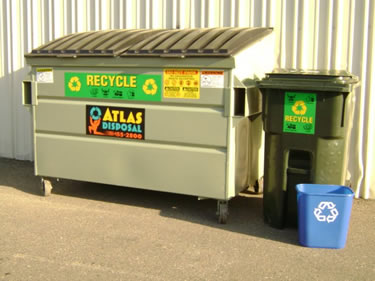 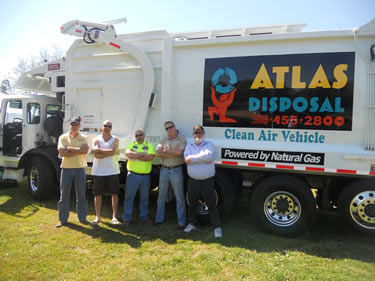 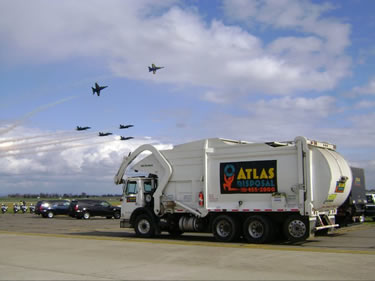 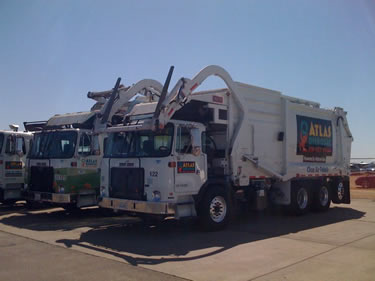 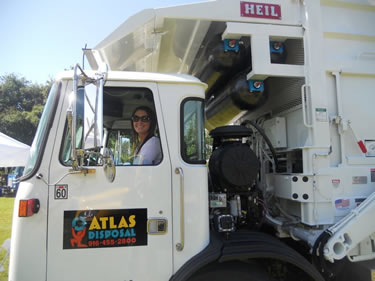 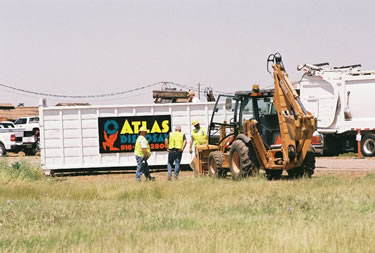 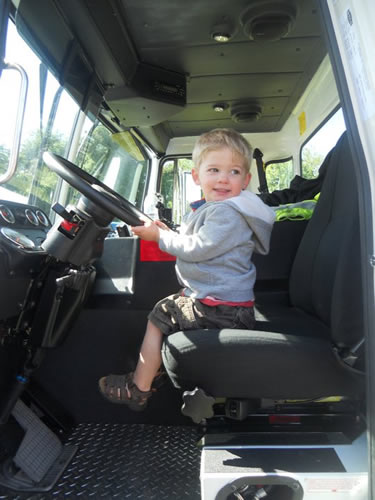 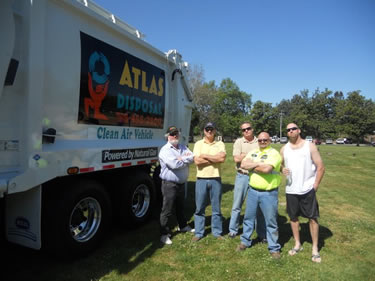 I went with the 20 yard option for a house cleanout project I was taking on. Atlas Disposal did a fine job. They dropped off the bin the same day I called, and the driver was very friendly. I was very satisfied with the service I got from them.

We needed a dumpster to get rid of the debris from a backyard renovation project. I ended up calling Atlas and renting a 10 yard roll-off for the job. It was delivered on time and placed where we needed it. They picked it up late because they didn t have any drivers at the time to get the dumpster, but other than that their service was good. I m satisfied with Atlas Disposal, overall.

I was cleaning up my yard and needed a small roll off for the debris. Atlas Disposal rented us a 10 yard dumpster which was a good size for our project. We really needed the dumpster turned around but they said they couldn t do that. Other than that my experience with them was good.

I made an appointment with Atlas Disposal for a 20 yard dumpster rental and they delivered one to me. There seems to be a disconnect between the drivers and the office. They did call and inform me that they will be late delivering it but I wasn t expecting it to be half a day late, which they delivered it after 1:30 in the afternoon. They called again and informed me that their office is closed on a sunday and that they ll be picking up the dumpster on Saturday, so I said yes. But I was expecting the pick up to be around 4 or 5 pm so I can finish my project. They came in and picked up the dumpster at 1 in the afternoon, leaving my project unfinished. Good thing a friend of mine had a rental of his own and let me throw the remainder of my items I had from my project on to his dumpster. I called their office and made a complaint. I told them that I was already very accommodating with how late they delivered it and about them not being able to pick it up on a sunday. I told them that they need to disclose this information before a rental. The person I talked to said that he will bring it up to improve their service. He was nice enough to offer me a $25 dollar gift card to one of the retail stores for the trouble and inconvenience they gave me. I basically lost a whole day on the rental for the late delivery and early pick up. Now I don t know if I ll refer them to others or use them again.

I needed a 10 yard dumpster to remove some vegetation, some concrete and mostly dirt and soil from a backyard project. Atlas Disposal delivered one on time which they conveniently placed for us to throw away the items. After having it for 5 days, I called them and they picked it up right away. It worked out great for me. I would definitely recommend them to others.

I needed a dumpster for a concrete washout from a project I was working on. Atlas Disposal delivered as promised. They were wonderful and their service was great.

I am cleaning up my yard and needed a good size dumpster to put all the brush in. Atlas Disposal brought me a 20 yard container. I had it for one weekend, filled it up completely and was picked up on Monday. I was a bit surprised with the actual cost but other than that, their service was good.

I was redoing my roof so I needed a dumpster for shingles, wood, and other construction debris. Atlas Disposal told me to mark off where I wanted the dumpster to be put, but the guy just left the 20 yard dumpster in my driveway. I called them to come back and move it to the correct spot, and they did. Everything else was okay.

We had family moving in to our property so we were cleaning out the house of general household junk and furniture that we no longer needed. Atlas rented us a 30 yard dumpster to remove the debris. They came on time and put it on the driveway, right where we needed it. Rental was for 3 days, but we kept it an extra day as Sundays are free of charge.

I was getting ready to sell the house and needed a dumpster for general household junk. I thought I was getting a good deal with Atlas, since I ordered online, but the price was still the usual. Also, the 20 yard dumpster I wanted turned out to be for green waste only. I had some greens as well, but I also had other stuff to put in the dumpster so I ended up having to rent a 25 yard instead. The price was still okay, but it was more than what I wanted to spend. Perhaps they should make it clear on the website that that specific dumpster is for green waste only. I felt it was kind of false advertising, but that s my opinion. The rental was for 3 days, but I got to use it over the weekend at no extra cost since they dropped it off late Friday. One other thing is that it was supposed to go in my driveway, but they ended up putting it across it instead, so some of it was on the grass and it made it a bit more difficult to load since we had to go around it. The people were very pleasant and we ironed out everything in the end, so overall it was a good experience.

5.0
Review by EW in Sacramento, CA

Called up Atlas to rent a dumpster for a home cleanout. I don t have any complaints about their service.

Atlas Disposal sent a 40 yard dumpster for some yard debris. They did a great job overall, but I haven t gotten my invoice yet. I already paid, so I thought I would get a receipt, but I will follow up with them anyway.

House cleanout time. Rented a dumpster from Atlas to tackle the project. We asked Atlas for a 30 yard bin but they didn t have one, so they sent us a 40 yard bin instead. We kept it for three days. Everything happened on time and there were no problems at all.

We had a ton of random stuff to get rid of from the garage and house. We asked Atlas Disposal for a 30 yarder, but they didn t have any available, so they gave us a 40 yarder instead at no extra charge. They came on time for both delivery and pick up. The service was perfect and everything we had hoped for.

I was doing some landscaping and decided to just level my backyard, so there was a lot of dirt to truck away. I rented a container from Atlas Disposal for 3 days. The guy who delivered it was great. He came on time and put the unit in a spot that I didn t think he would be able to. Service was great, but as far as office communications went, there was a problem. I talked to somebody for quite a while over the phone, but when I called back later, I got different information from the manager, so there was some confusion. I didn t know how to figure out how much dirt I could put in the dumpster without going past the weight limit. They said I could put 10 tons of dirt in there, but they called to tell me I had put 20 tons in there. Actually, when they picked it up, they could hardly carry it from all the weight. Maybe they re not used to dealing with a lot of residential customers who aren t as knowledgeable about estimating weight and stuff. That said, it s not the worst thing in the world, and I m very happy to have the dirt completely gone. They gave me a discount on the price, so I got a second dumpster which I filled up with miscellaneous junk from my backyard and garage.