Contractor's Disposal is your first class roll off dumpster service. We are locally owned and operated with over 10 years of personalized service. We provide expertise in the problem solving process of waste disposal, hauling, recycling and its costs.

We are on a mission to provide you with a successful and pleasant experience, every time. 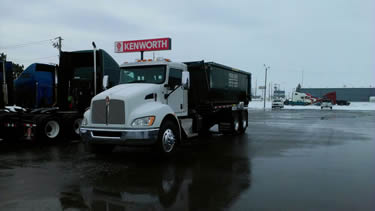 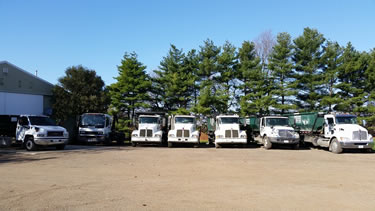 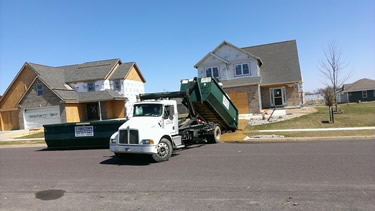 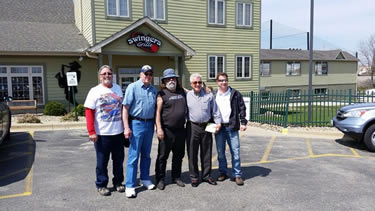 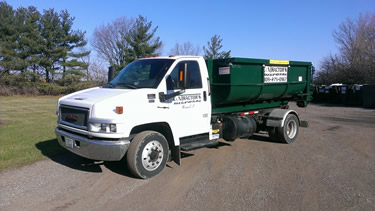 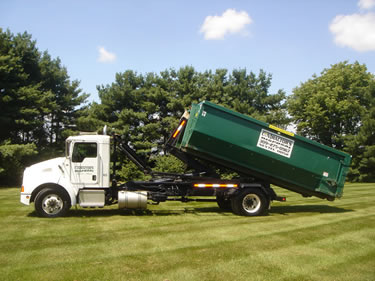 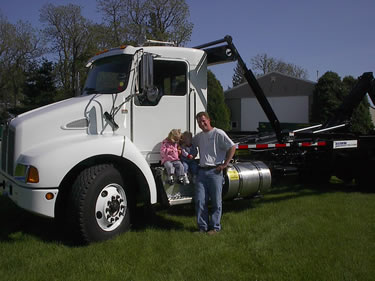 When our house was getting a new roof, it started raining and the roofers weren t ready with tarps. We needed dumpsters for the restoration project, and Contractor s Disposal went above and beyond. They selected a spot for each dumpster so as not to damage any of the yard or concrete driveway. When we called to have a full dumpster removed and an empty one brought back, they responded within the hour. Overall, the experience was excellent.

After a house clean-up, I needed a 10 yard dumpster to haul away the unwanted items and trash. Contractor’s Disposal arrived on time, and I didn’t have any issues with it during the week I used it. Their service was fine and their crew did a good job.

We rented a 20 yard debris box from Contractor s Disposal for 14 days to help clean stuff out during a move. They came on time and put it exactly where I wanted it. I m pretty happy since everything worked out perfectly.

I rented a 20 yard dumpster from Contractor s Disposal as part of a renovation prep checklist. We had to get rid of some junk and old furniture. It all went okay. Only issue was that he said he didn t get an email from the website, so I had to contact him directly 3 days after I made my online inquiry. Everything was fine after that.

We were cleaning out the attic and renovating the bathroom so we got a dumpster from Contractor s Disposal for all the debris. We called for a 10 yd bin, but they didn t have one, so they sent over a bigger one for no extra fee. We kept it for fourteen days and everything went great.

My dad had moved out and we had to clean out his house of about 30 years worth of junk - newspapers and a lot of books included. We got two 20-yard dumpsters from Contractor s Disposal, which we had with us for a total of three weeks. They dropped it off right on schedule, and did the same for pick-up. I had no issues at all.

A few tornadoes wiped out two towns 15 miles west of where we were working. There was a massive amount of debris that we had to get rid of. Contractor s Disposal did a good job. The fact that they were still able to come out and give us a dumpster at that time was really helpful. It was a bit expensive, but it was a blessing that they were available for us.

When I called to order the dumpster the guy on the other end was great. Not only did he ask me questions about my project, which was a complete overhaul of my master bathroom, he was even able to help determine what size dumpster I would need. The guy was spot on. I filled that dumpster to the top. Then when the driver arrived, he was on time and had some impressive maneuvering ability. He was able to fit it into a very tight spot in my yard, and he didn t tear up my neighbor s yard or mine. I ve ordered dumpsters in the past, and Contractor s Disposal s pricing and customer service was the best. They re a quality company.

We were working on our basement and also took advantage of having a dumpster to clean around the house. Everyone that I dealt with at the dumpster company was wonderful. I ended up needing it for two months so my final cost did go up a bit but, it was no big deal.

Our dumpster experience went well with Contractor s Disposal. The first time it was delivered, we weren t home but I had instructed the person on the phone where we needed the dumpster placed. However, it didn t make it to that spot. I called them up and they came right out to move it at no extra charge. our remodel ended up taking longer than we had thought and used two dumpsters total. I found there service to be very flexible and professional. 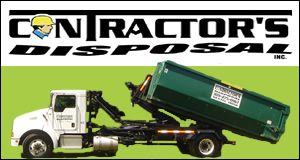