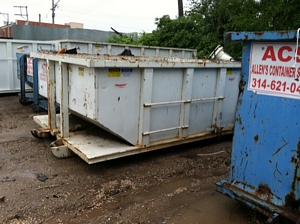 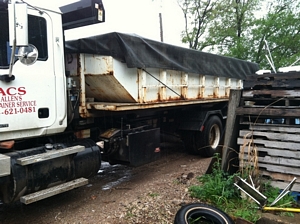 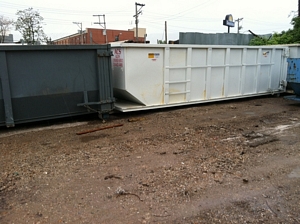 We had to get rid of construction debris and other miscellaneous household junk from my dad s house so we rented a 40 yard dumpster from Allen s Container Service. They offered the best price and highest weight capacity out of everyone we spoke with in the area. I was very happy with their service and would happily hire them again.

When I called Allen s Container Service to get a quote, I told them that I was cleaning out my basement and that I wasn’t sure what size I would need. They told me that there was a flat rate of $300, and they dropped the dumpster off that day. When they were suppose to pick it up, however, no one showed up. I gave them a few calls and they came to pick it back up a couple days later. I wanted to make sure that there were no additional fees because the dumpster was not picked up on time, and when I looked at my credit card statement, I saw that I was charged an extra $150 from the original price I was told. When I called to address the issue, the receptionist told me that it was an overage fee, even though the dumpster was not full, and the additional days that the dumpster was on my property was not my fault. I tried calling the owner but he wouldn’t answer any of my calls until I told him I was going to stop my credit card payment. When he finally called me back, he was extremely rude and refused to acknowledge that the overage fee was not warranted and that the total amount charged to my account was 50% higher than the flat fee he initially promised me. I would not recommend this company to anyone.

I had a lot of junk lying around the house—a little bit of everything but mostly construction debris. Allen was the only one that came to give me a bid for both the dumpster and the clean out. I called 4 other companies, and no one else showed up. He came the same day and gave me a price. And he honored that price. He showed up when he said he was going to show up, and when he left, you can t even tell that he had ever been there. He really did an excellent clean up job. I have used them twice now and will call them again for a household clean out this time.

They dropped off the dumpster, picked it up, and immediately charged my card but refused to give me a receipt. I called Allen s Container Service numerous times requesting a receipt to provide to my accountant. Every time I call, I m given the same answer: I ll send it today, but I still don t have it.

I rented a dumpster from Allen s Container Service and it was a very smooth experience from start to finish. My phone call to inquire about pricing and timing was answered by a friendly human, not a voicemail. The dumpster was delivered on time and placed where I requested it, even though I was not present at the time of delivery. Pick-up was arranged with a simple phone call. This is a family-owned business, and I was happy to support them. They were extremely friendly, had excellent communication, and had reasonable prices! It was a great experience working with Allen s Container Service and strongly recommend them for your dumpster needs. 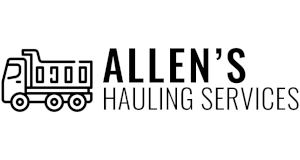