You can expect professional, courteous service on the phone and at your door with LRS. And because of our huge inventory of equipment, resources and industry knowledge, we're able to offer the most affordable pricing in the area.

The very first time Lakeshore Recycling picked up our garbage, they damaged the fence around our parking lot and are refusing to take responsibility. It took them over a month (and numerous follow ups from me) for them to determine that they would not cover the damages unless we had eyewitnesses. They tried to suggest that someone hit the dumpster with their vehicle, yet there was no damage to the front of the dumpster and there was clearly a gigantic dent in the top of the fence indicating that the dumpster had been dropped from above. The only other plausible explanation is that another garbage company lifted our dumpster and dropped it on our fence within a few hours of Lakeshore collecting our garbage, which does not seem very likely. Anyway, had I known they d refuse to do the right thing, we would have gotten the fence repaired ASAP as there has been increasing criminal activity in our alley, but they did not show any concern about the threat to our safety by treating the situation with any kind of urgency. They did offer a free month of service, which covers about 15% of the cost to repair the fence.

Lakeshore rented us a 30 yard roll off to remove construction debris.They were on time and everything went fine.

4.0
Review by Zeke B. in Arlington Heights, IL

I needed a dumpster for some roofing I was doing at my house. I originally wanted a 20 yard bin but they did not have one. Lake Shore gave us a 30 yard for the price of a 20. They were a bit pricey but their service was very good. I have been using them ever since for my other projects.

This winter was hard but Lakeshore Recycling Systems delivered on time and didn t skip a beat. Great service.

I am a local mason, and I was hired to take down and dispose of a brick chimney. I typically use these guys for my dumpster service, not only because they are one of the few that will deal with brick and concrete, but they are local hometown guys.

I buy and flip houses in the Chicago area, and I ve used RSI (Lakeshore Recycling Systems) plenty of times. They are very expeditious with their service. Don t have any real serious complaints. 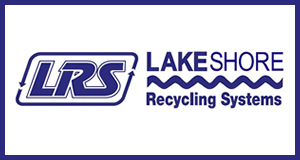