RJM Construction Services is a fully licensed and insured general contractor and dumpster rental provider founded in 1992. At RJM, 'we answer calls; we show up'. We provide fast and friendly service to homeowners, contractors and businesses.

RJM can help with any general contracting needs and other services, such as roll-off dumpster rentals, storage containers, snow removal, demolition, concrete work and more. We've got all the bases covered.

We offer 10 to 30 yard dumpsters for any

RJM Construction Services is a fully licensed and insured general contractor and dumpster rental provider founded in 1992. At RJM, 'we answer calls; we show up'. We provide fast and friendly service to homeowners, contractors and businesses.

RJM can help with any general contracting needs and other services, such as roll-off dumpster rentals, storage containers, snow removal, demolition, concrete work and more. We've got all the bases covered.

We offer 10 to 30 yard dumpsters for any size waste removal project.

I needed an old oil tank removed from my basement. It was a fair amount of work, and RJM did a great job from start to finish. I m now considering them for additional renovation work. Great job!

Recommended through local government contact. First Start date delayed, second delayed truck broke down. Front lawn destroyed by tractor. Slope on side of house not corrected, soil compacted 12 inches deep where tractor went back and forth. Front garden partially destroyed. Brick sidewalk not protected , crushed and buried under soil. Fencing was not restored properly leaving visible gaps. Pool area was overfilled, improperly compacted, water holding in deep pockets. Trench dug by hand to drain water by contractor. Ground under shallow end of pool is muddy, grass seed hand thrown onto topsoil washed away. Repeated attempts to owner thru email, phone calls and text messages to come out to see the yard and the condition it was left have gone unanswered. Street repairs from dents in road surface have not been repaired. Hired a private contractor to survey the damage. There has not been 1 email, text, or phone call response once they were payed and we are left with a mess.

I had a 17 ft. x 35 ft. inground pool that I wanted to be removed and filled in. We had RJM Construction Services do the job for us. They did a good job and cleaned after their work.

5.0
Review by Michelle B. in Mount Laurel, NJ

When I needed to remove a wood shed from our property, I contacted RJM Construction Services. Their service was very good, and I have nothing bad to say about them. From start to finish, they were very accommodating.

5.0
Review by John B. in Monroeville, NJ

RJM Construction did a phenomenal job demolishing our old mobile home. They were always on time and kept their promises. The crew was very efficient, and I can tell that they know what they were doing. They were such a professional company to work with. They had a sense of urgency, and I never had any problem with communicating with them.

RJM Construction provided our company with a 40 yard dumpster when we needed one for a renovation project. We didn t have any issues with them. They delivered it on time and no problems came up during the time we had it. They did a great job. In fact, I already have them scheduled to bring us another one for a another project.

RJM Construction Services provided me with a 30 yard dumpster when I needed one for a house clean up I did. Drop-off was on schedule, and they picked it up the following day as planned. Their service was excellent overall.

It was our second home that we wanted demolished. RJM took care of everything, including the sewer, and we re happy with the quality of their work. They were very easy to deal with, and I never had any issues at all. The crew was dependable, and they did exactly what they said they re gonna do.

I ordered a dumpster from RJM construction. Their price was reasonable and they did a good job.

I did a remodeling project and needed a 10 yard dumpster. RJM rented me one for 4 days. Overall, everything worked out great.

I did a storage unit clean out and needed a 10 yard dumpster for the junk and trash that resulted from it. RJM Construction brought us the right size dumpster. They did a wonderful job.

I was so relieved after the mobile home was all gone. It was 40 ft. by 11 ft. in size which I really wanted to disposed the soonest time possible. RJM was very nice and extremely professional. Jamie was very easy to work with. They finished the demo in just days. I would recommend them, as a matter of fact, I ll be using them again.

I needed a wooden house/ residential demolition about 24 X 44 ft. in size. I went with RJM Construction for the demo. They gave me the lowest cost and really impressed me with their workmanship. Overall, they did a great job!

I needed a cinder block pond demolished. It was half below ground and half above ground. RJM Construction Services took care of it, and they did it just like I wanted it done. I needed the below-ground cinder blocks left alone and the hole filled in with dirt. They cleaned everything up and back filled it just like how I wanted it. I was very happy with the way it turned out.

RJM Construction Services took care of the job for us, and we were satisfied with the results. We would give them a perfect rating for the job.

We had our 14 ft diameter above ground pool demolished. RJM Construction Services was fantastic, and I had a very good response from them. They finished on time, on budget and cleaned the site.

We had our 16 by 30 foot granite pool demoed. Jamie at RJM Construction Company was very approachable and just a really nice and honest guy. We were on vacation for the duration of the demolition, yet I felt we were in good hands. Jamie s crew was really trustworthy and had no concerns about having them on our property. They also, did a real stand up job as far as clean up goes. Everything was ready for a new plan.

I took down a shed in my backyard and was left with a 12 foot by 6 foot slab of concrete. I had RJM Construction Services come and bust it up for me and get rid of it. They worked hard, were honest, and I was satisfied with their communication, work and price. Job well done.

After my father in-law s death, my mother in-law didn t maintain the 12 ft by 12 ft shed that was in their backyard. We decided to just tear it down. RJM Construction did a good job for us. They were very responsive to all of our questions and concerns and had the job completed with in a few hours.

We weren t using or maintaining our above ground pool, so we had it removed. I would give RJM Construction an A+ in all aspects of their work. They were on time, considerate, and had the job done and filled in within two days. We were very pleased with the service they provided us and would recommend them to others.

<p>The 11 x 12 foot wooden shed on a piece of property that we purchased was falling apart and quite an eye sore. We had it demolished and recycled the wood. RJM Construction Services came in and took care of everything. They were very thorough in cleaning up, right down to the last nail. They leveled the area out with dirt and made it look good. They were easy to work with and gave us a great price.</p> 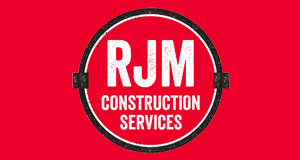