Robert Sanders Waste Systems, Inc. has been serving the community with full-service waste disposal solution since 1936. Our knowledge and experience in the waste industry is unsurpassed.Even with our decades of experience and constant growth year after year, we still maintain a small town feel. Bob Sanders still answers customer phone calls and works right alongside the rest of the friendly staff. After all these years, the company still remains a family-owned, local company that focuses more on achieving customer satisfaction than it does generating massive profits.We offer a wide range of waste removal solutions, including residential trash service, commercial/industrial waste hauling and roll-off dumpster rentals. 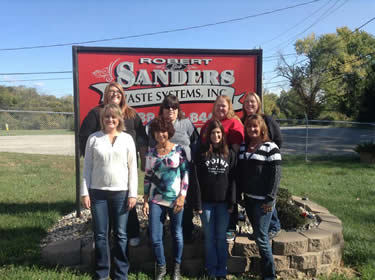 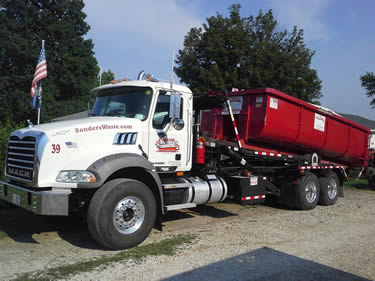 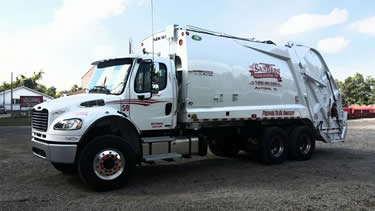 I needed to remove a mobile home from our property and was inquiring with several companies to do it for us. The price was too high so we ended up renting a dumpster and did the removal ourselves. We got a 40 yarder from Bob Sanders. They delivered it on time and gave us a clean one. Had it for 7 days, put what s left of the mobile home in it, called them up and they picked it up on time. Doing the project ourselves saved us a lot of money and the dumpster was very reasonable. They did a wonderful job. I do recommend Bob s service.

I needed a dumpster for a project I was working on to haul away old carpeting, wood cabinets and other items. I talked to Robert Sanders and we discussed what items I ll be putting in. I asked about how big a 6 yard dumpster is as I wanted to be sure the dumpster was big enough. They told me that it will do the job so I got it from them. It wasn t enough for my project. They had to make two loads just to remove the items I wanted removed. But other than that, they did a decent job.

Robert Sanders rented us a 15 yard dumpster to remove carpet and debris from a renovation project.

I did a renovation project and needed a 20 yard bin to remove sheetrock and wood. Robert Sanders was prompt for both delivery and pick up.

Robert Sanders Waste System brought us 15 yard dumpster for our project. They are good at what they do and I was very satisfied with their service.

We were moving after 32 years of living in the same place, so we had a lot of miscellaneous junk collected over the years that we needed to dispose of. Robert Sanders delivered the 20 yard exactly when I wanted it, the very next day after my call. They picked up promptly as well a week later. They had one of the better prices. I had called several other places and they were charging at least $100 more. Also, I was in the nightmare zone with everyone else - Press 1, 8, 7 - terrible time connecting with anybody real. If Robert Sanders had an answering machine, I didn t get it and it made a big difference to get a real person immediately. When the business owner himself answered his phone, I almost fainted. That gave him extra points in my world. He was the nicest guy ever and I was extremely impressed. I was very happy with them and even put up their name and number on Facebook to recommend them to other people.

I needed a dumpster for construction debris from a demolition. Robert Sanders delivered us a 20 yard container, on time. We kept the dumpster for a week and a half and had no problems. Everything worked out fine. 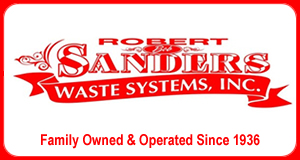