Santos Dumpster offers debris box rental for residential and commercial clients. We offer 10 - 40 yard dumpsters for rent to suit any size project you may have.

We are a locally owned business that cares about the environment and the communities we serve. We are committed to recycling as much debris as possible to reduce the footprint that trash places on the environment. 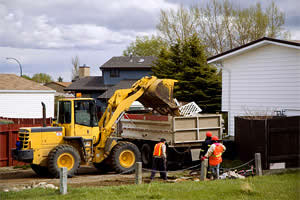 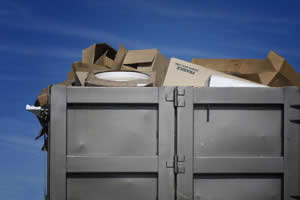 We were selling a house and we had to tear down a part of the house to get it ready for sale, so we rented a dumpster from Santos Engineering Inc for the all the construction waste. I m so happy they were available and that their rates were competitive compared to the other guys I talked to. On delivery day, they delivered the dumpster rental on time and they even gave us an extra day to keep the rental. They were very accommodating and it was clear that their goal is to make their customers happy, and it worked!

I rented a 30 yard dumpster to dispose of old kitchen cabinets and years of junk and debris that had accumulated in my rental property. They quoted the price of $600 dollars and an allowance of 3 tons with each additional ton being an extra charge. I filled the dumpster up and called to have it picked up. The dumpster sat in my driveway for 2 weeks until they picked it up. A few days after they picked it up, a charge of $545 appeared on my card on top of the $600 initially paid. I called to ask about the charge and they informed me that I had loaded an additional 3.4 tons into the dumpster, which is absurd. There s absolutely no way the debris that I tossed in there amounted to 12,000+ lbs. When I called to ask to see the weight tag from the dump, they sent me a weight tag from a drive-through scale and said the dumpster was still loaded in their yard. How can you charge for the weight of the load if the empty truck was not weighed after dumping the load? I spoke to the manager and he said they would credit the card until they dump the load and get the real ticket, but after calling every day and getting the runaround, they stopped answering.

We rented a dumpster from Santos Engineering. They were easy to communicate with, prompt, and didn t over charge. Everything they said they would do, they did. I would use them again and will definitely recommend them to others.

I am a landscape contractor who has used Santos several times before this latest experience. I ordered a 10 cubic yard green waste dumpster which was delivered on a Thursday. I was dismayed to find that the dumpster was noticeably smaller than 10 cubic yards. It was closer to 8. The dumpster was filled and I called for pick up the next day on Friday morning. The dumpster was left through the weekend and not retrieved until Thursday. Each day we called and each day they told us we were scheduled for a pick up that day but to no avail. The employees consistently sight their 1-5 day pick up policy while promising pick up each day. We were even told by a dispatcher that it wasn’t her fault. As a business owner I know that it is not professional or satisfactory to say that. I could go on but I feel these issues warrant a termination of our business relationship. Find another company for this service if you value your time and/or business.

I needed a large dumpster on a Saturday. I called several companies and none could deliver. Santos worked with me and I had a 10 ton dumpster the same day. I ended up using 2 dumpsters, both promptly delivered and retrieved. Cindy, the person with whom I interacted, was knowledgeable, polite, and went out of her way to meet our needs. I highly recommend Santos. Not only did they perform exceptionally but they were also less expensive. Great customer experience that I rate a 10! 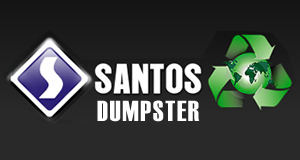