Doc's Roll Off has been providing dumpster rental service to residential, commercial and industrial clients for over 25 years. Our mission is to ensure that our customers get the right container at the right price. We offer dumpster and recycling service within 24 hours. At Doc's, we have the cure to all of your disposal and recycling needs. 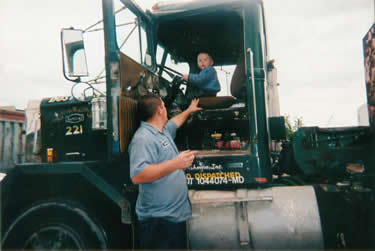 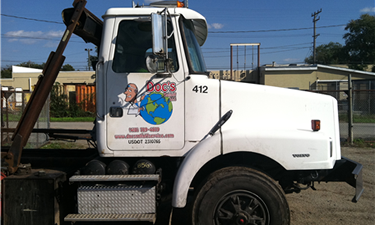 Doc's Roll Off, LLCWrite a Review
1.0
Review by Dave N. in Deale, MD

I needed a 30 yard dumpster for construction debris. I filled the dumpster I got from Docs Roll Off and asked them to pick it up. The guy called to say he was coming to get the dumpster and I told him I needed another one, but only a 20 yard this time, and he said no problem. 5 minutes later, he called back to say he will have to give me another 30 yard instead and I said okay. I waited for them to come, but they didn t, so I called them a couple of more times about this. After a week, they finally came to pick the 30 yarder up. I wasn t on site, but I came back 3 days later and saw that they took the dumpster I filled, but never left the 2nd dumpster I had asked for. I went with Docs because they were cheaper than anybody else, but it wasn t worth it. They wasted all the labor I hired to work on those days and did not give me one call afterwards. I d rather have paid more, because they had no service. Period. I will never use that company ever again.

My dad passed away so we were cleaning out his house of old clothes, magazines, boxes, and a whole lot of other household junk. The guy from Docs came about 6 hours later than he was supposed to. Nine days later, when he came to get the container, he left ruts in the yard from dragging it out of there, so all the dirt was left on the driveway. He didn t say or do anything about it, but I understand these things happen; the dumpster was piled and full, and the driveway was on a little hill. I didn t have a concrete pad for him to put the 30 yard on, so he had to look for a flat area to set the dumpster on. I ve been in construction for over 30 years and this wasn t an easy drop because of the condition of the road. It was hill after hill, so he had to do some maneuvering to get the truck in there, and he didn t take down any power lines or fences, so that is pretty good driving. Overall, he did a good job and I would use them again.

We ripped out our basement and had some wood, tile, and other construction debris to throw away. We got a 20 yard roll-off from Docs. They re very friendly, but they didn t deliver the container on time. I called them with some questions but never got a call back. I called them again this morning to ask for pick-up of the dumpster tomorrow, which is the 10th day of my rental, but I haven t heard back from them.

I needed a pile of concrete that I dug up to be hauled away. The company sent a 20 yd. dumpster that I filled up to about 60% to 70% and they came back after 2 weeks to haul it away. Docs Roll Off LLC is very easy to work with and good pricing too. 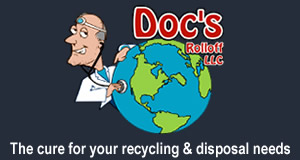