You spoke, we listened! It's a competitive market out there and we take reviews of our company seriously. We believe that word-of-mouth is the best advertising, and we want our customers to be satisfied with our services. The complaints that Elite Homeworks received was late delivery of services and a lack of communication. We have taken positive steps to eliminate this in the future. We hired a coordinator whose sole responsibility is communicating with our customers and coordination of our services. We are a family-run business that offers roll off dumpster rental and junk removal at a competitive price. Elite Homeworks is a local and independently-owned company that keeps customer service as the primary focus. Allow our professional team to earn your business with our friendly representatives, low prices and quick response time. Our services include residential, industrial and commercial roll off container rentals and full-service rubbish removal throughout the Atlanta Metro area.

They wanted to charge extra. When I questioned the amount they refused to come and pick up the dumpster telling me to either move it myself or ask another company to retrieve the dumpster. Pretty much hostage situation and I had no choice but to pay the amount they were asking. Rude, inconsiderate, poor communication. Never to use again

Express Homeworks was quick to answer my call and perform the junk removal. I was moving and had some odds and ends that needed to be hauled off. They showed up promptly and were quick to get the items removed. I was able to text photos of the items for an estimate. This provided a quick turnaround and safety in the times of COVID. The employees who came to the house were respectful and thorough. The cost was very reasonable, and I would use them again.

I needed a 20 yarder for a couple of days for junk that I was removing from my basement. Express Homeworks provided me with one. I have no complaints about their service. Delivery and pick-up were both timely. I didn t have any issues during the 7 days I had it. I would absolutely recommend them to others. They did a really good job.

My husband cleaned out the basement and needed a dumpster for this junk along with some other debris around the house and yard. We went with a 10 yard dumpster from Express Home Works. The dumpster they gave us was the right size and they were here when we needed it; they actually came within an hour from my call. The guy who dropped it off did an excellent job, but we had a problem with the guy who came to pick it up. I was trying to tell him exactly how to bring the truck down our driveway but he didn t want to listen to me, so he ended up going across our yard and tearing it up.

We were doing some remodeling and wanted to rent a dumpster for tile, drywall, brick, and old cabinets. Express Home Works sent over a 20 yard dumpster. It was a nice, clean container. They placed it right where I wanted it. Happy with their services.

I got a 15 yard from Express Home Works, but they didn t drop off the dumpster on the day we agreed on. They were a no show, and there were no calls from them. I decided to go ahead and call them about this and finally just had it pushed to a couple of days later. On that day, they showed up late. They said they d be here between 7.00-8.00am but didn t show up until around 1.00pm. Seven days later, they called to say they were going to pick it up, but I said no, since I had previously requested to have it for ten days. When I finally did call them for pick up, they never showed. Needless to say, I won t be using them again.

A bunch of us were working on cleaning up and renovating a house and requested a dumpster for some kitchen cabinets, carpeting, old furniture, and other junk from the kitchen and bathroom. We went with a 10 yard dumpster from Express Home Works, which we needed for four days. They were supposed to deliver it early in the morning, but I waited till noon. When they didn t come or call, I decided to call them myself. They didn t even know what happened, so they had to call the driver. They called me back about an hour later and said the truck had a flat tire so they would arrive somewhere between 12:00-2:00pm. It still wasn t there at that time, so I called them back several times, but they said it was difficult changing truck tires. I waited all day, and they finally came at around 6:00pm. It would ve been more helpful if they called to inform me immediately. They did come quickly for pick-up, though.

We called up Express to get a15-yard dumpster. We needed it for six days. They didn t have any of that size available, so they sent over a 20 yard size instead. They dropped off right on time. I sent them an email to pick up the unit when I was finished, but there was no response. I guess they don t monitor their emails, so I called them instead, which wasn t a big deal. They came to pick the dumpster up after I called, so other than that email issue, they did a great job.

I called E.H.W. for a dumpster and they are, hands down, the worst people I have ever worked with in any type of business. They didn t deliver the dumpster at all. I called on a Wednesday for a dumpster on Friday. They said that would be no problem. It was supposed to be delivered at 11am. I called them at 2pm because I hadn t heard from them, and she said she was going to check on it. I waited until 4pm but didn t hear back from her. I called them every half hour, but no one picked up any of my calls. I then received a text with a number for the driver. He said they didn t have any dumpsters for the day but will have some Saturday morning. I said fine, and requested that it be dropped off at 8am. I called him when he was supposed to drop it off, but he said he was on the other side of town and would probably get to the house at 9:30am. Again, no dumpster and the driver wasn t answering his phone. Finally, the girl from the office sent me a text, saying they didn t want to waste any more of my time, and I should get the dumpster elsewhere. I lost my mind! She also called me a couple of weeks ago, asking when I wanted the dumpster picked up - I lost my mind again! 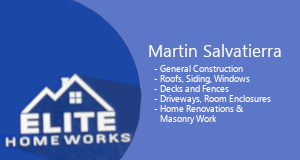