Independent Refuse is a family owned and ran roll off company that has a long standing reputation of absolute professionalism, reliability and competitive prices. For over 42 years we have been serving the waste disposal and recycling needs of customers and have become a household name. Our equipment is up to date and modern and our dumpsters are clean and attractive. Independent Refuse wants to be your single source for all of your residential and commercial disposal needs. 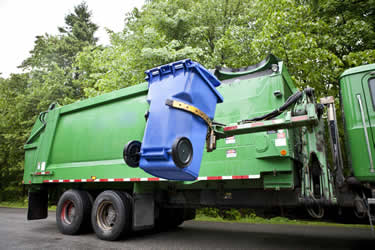 Independent RefuseWrite a Review
5.0
Review by Zebe in Stamford, CT

We were doing some basic demolition for a residential property and needed a 20 yard dumpster for the debris. Independent Refuse was absolutely perfect. We got the dumpster from them and we are very happy with their service. Originally, I called them requesting a 12 yard dumpster, but I called them a day before the scheduled delivery and requested to change the size into a 20 yard dumpster and they had no problems with my request. They dropped it off on time and picked it up according to our schedule. I won’t hesitate to use Independent Refuse in the future.

I was doing some cleaning and needed a 12 yard dumpster. I got in contact with Independent Refuse and hired them for their dumpster rental services. And while they delivered the dumpster on time, it had quite a bit of dirt in it when it was dropped off. It fully served its purpose but I wasn t thrilled to work with such a dirty dumpster.

We rented a dumpster from Independent Refuse for a house cleanout. They were prompt in getting us the dumpster we asked for. We had the bin for 2 weeks and everything went well.

I needed a 20 yard roll off container for a project I was working on and I got one from Independent Refuse. They delivered it on time and did a good job.

I had a renovation project and needed to haul away the torn down materials. We ended up getting a 30 yard dumpster for the debris. Independent Refuse delivered one on time. We filled it up, called them, and they picked it up when they said they would. I had no complaints everything was great.

The 12 yard box we rented was for a flooring replacement job. We called and rented it from Independent Refuse. The dumpster itself was pretty worn out and/or old looking, but it got the job done. They dropped off and picked up very promptly. 4-1/2 stars for their excellent service.

I ordered two 12 yarders over labor day weekend for clean concrete blocks from a demolition job. Independent Refuse delivered both containers on time, and were prompt for pick up as well. They were pretty good.