Peterson's Service Corp. brings over 40 years of waste management experience to the table. We're a family owned and operated company that specializes in roll off dumpster rentals for residential clean-outs, construction, demolition and commercial building purposes.

Put our experience to work for you! 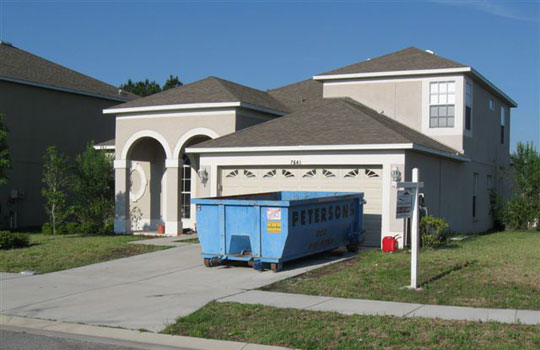 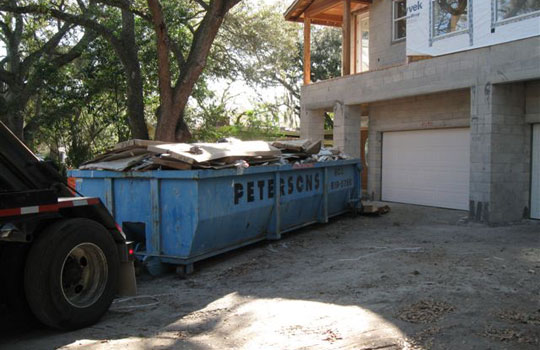 I was doing a remodel and had a large amount of construction debris, so I contacted Peterson s Service Corp and ordered a 30 yard roll-off. The dumpster was delivered when it was expected. I called for pick-up and it was picked the day it was promised. The office staff and driver were all very courteous and professional. I will definitely work with them again and highly recommend them.

I used one of Peterson s Service Corp. s 20 yard dumpsters and had a great experience. They delivered the dumpster on time, and they picked up the dumpster on time as well. I had absolutely no problems working with them and would definitely use them again.

I needed a 12 yard dumpster to haul away some household items and trash that I no longer wanted in the house. I scheduled one with Peterson s Service, and they delivered it on time. I had no issues with it during the 10 days I had it, but I got aggravated because the 10th day—when they were supposed to pick up—was a holiday. I called them to come pick it up, but no one answered. When I called them the following day, they told me that I was going to be charged $10 for the extra day. Other than that unfortunate incident, they did a good job and I may still get another one from them if I need it.

I ve gotten 30 yard dumpsters from Peterson s twice already, keeping it for a week each time. They always do a great job.

Peterson s were punctual and on point. Rental was for a week, but I was done with it after 3 days and they came to get it the day after I called for pick up. They were amazing and definitely gave me top of the line service. I would definitely rent from them again if I were to get another dumpster.

After chasing away some squatters, we had a buch of trash and other stuff to clean out of our property. We got a 20 and 30 yard bin from Peterson s. It was around $750 for a 3 and 7 day rental, respectively. I wasn t really there during delivery and pick up, but they were really easy to get a hold of and everything worked out well.

It was a roofing job that we needed a dumpster for. We called Peterson s and rented a 20 yard box for about 5 days. Everything went smoothly, had no problems with them.

I had some tenants that needed to be evicted from my rental property. Turns out, they were hoarders. I ended up needing several dumpsters to get most of the house cleaned out. Peterson s Service Corp. came in and supplied all the dumpsters and did all the loading for me as well. They did a stellar job. They were very hard working and friendly the whole time. I would highly recommend them to others. 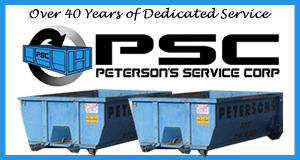