Trash N Dash is Greater Houston's friendliest and best priced dumpster and junk removal service. As leading junk removal professionals in the industry. We offer free estimates, upfront pricing and some of the lowest minimums in town. Trash N Dash is a local junk removal business owned and operated by native Houstonians as a way to pay for college and make ends meet in a tough economy. During the course of our journey in this industry the company has grown to be so much more than just an income. We love our community and actively play our part as good citizens by hiring locals as well as providing services free of charge to those in need as community service. We also recycle and donate as much as 80% of what we pick up in collaboration with other small businesses here in the Houston area. Throughout the years Trash N Dash has evolved into an established and popular company with an excellent track record for the best customer satisfaction as proven through our ratings and multiple awards from Angie’s List, Yelp and the Better Business Bureau to name a few. Our great reputation is due to the fact that we have never compromised on the quality and the services provided to our customers whether residential, commercial or government. We believe in keeping our customers happy and providing them with services second to none at a very competitive price point. Please consider us and feel free to keep in touch with us about any of your upcoming projects that we could offer assistance with. We would love to offer you our services and look forward to a wonderful relationship together and success for all concerned. 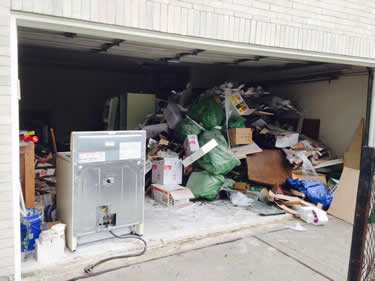 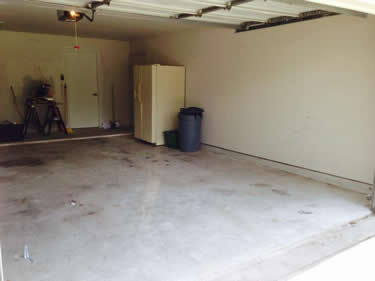 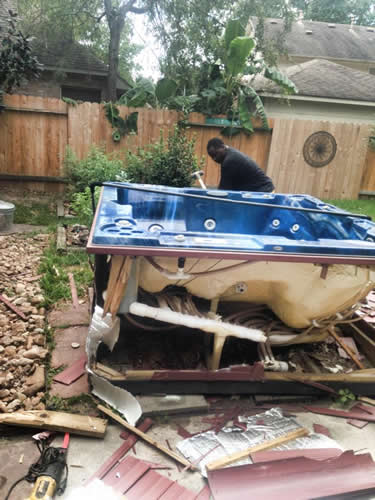 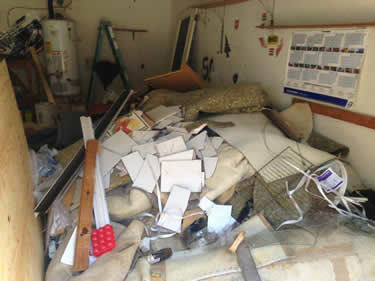 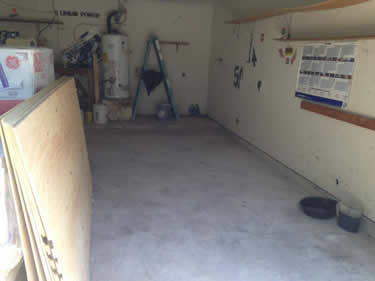 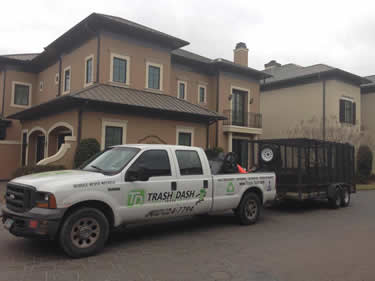 We used Trash N Dash when we were closing an office and needed to get rid of all the furniture and leave the office empty. We searched for a company with good ratings in the area and who was available when we needed them. We went with Trash N Dash and were very happy with their service. They did exactly what we asked them to do, and we didn t experience any problems. I would definitely use them again if I need them.

I hired Trash and Dash for a garage/yard cleanup service. They were great. The crew showed up on time and I can t complain about the service. They took everything that I wanted removed and made it fit in their truck, so they could do it all in one load.

I needed to remove an old washing machine and a 32-inch TV from the house. Trash N Dash was hired for the junk removal. I have nothing bad to say about their service.

I had to remove an old king-size mattress from the house and Trash N Dash did the job for me. I already had the mattress by the front door, it was an easy pick up for them. Their service was affordable and they did their job well.

I did a house cleanout and needed to haul away a couple of televisions, speakers, boxes of clothes from the house and some items from the attic. I called Trash N Dash and they came on time. They went in the house got the items, they even went up the attic to get the remainder and put it in their truck. They made sure everything was in order before they left. I ve already wrote a recommendation on their website. They did an excellent job.

I needed to remove some construction debris that s in front of my driveway so I had Trash N Dash do it for me. They cleaned up the debris and left the area spotless. Their price was reasonable and they did a good job.

I needed to remove some old wood, a couple of couches, a couple of tables and a lot of trash that is already bagged up. I had Trash N Dash do the job for me. They did a good job. They came as scheduled. Hauled away all the items I needed removed which was in front of the garage and they made sure that they didn t leave a mess. They did wonderful and I ll use them again.

I contacted Trash N Dash to haul some junk from my office in Humble, TX. They made two truckload trips of office trash such as machinery and computers. They did very well.

I need to get rid of 4 TV s, vacuum cleaner, and a couch. I had a really nice experience with Trash N Dash. My dump-list kept on growing and a friend of mine recommended me this company. They sure live up to their name.

I was moving out and had a mattress, 2 bed frames, 3 lamps, a desk, and a bookcase that I needed to be thrown out. Trash N Dash came on time and did a great job removing my items.

These guys showed up at the time they said they would, and did a good job cleaning up a bunch of stuff in the garage for me. However, I thought it took them a bit too long to finish (almost 2 hours). Also, I was taken aback, because they quoted me $200, but ended up asking me to pay double that price, which was quite shocking.

A former tenant at one of our rental properties left a bunch of junk behind, so we had Trash N Dash come clean it up. They did a great job. We used them again a second time because the house sprung a leak, so we needed to clean out some hardwood floors and carpets.

I had a huge dog house that I wanted gone, so I called up Trash N Dash to take it away. They did the job quick and also cleaned up underneath the dog house. They were great. I have no complaints.

Trash N Dash was great removing some lawn debris for us. The guy was really nice and he showed up when he said he would. I kept their contact number and will get in touch with them again if I need anything. I was totally satisfied with their service.

Trash N Dash hauled away the junk and did it fast. We were cleaning out the house and had some wood from a torn up shed, chairs, and general household junk to get rid of. We set it all out on our backyard to make it easier and quicker to haul away. The junk removal went great, and they cleaned up afterwards. There were no problems whatsoever.

I had a refrigerator I wanted hauled away so I called Trash N Dash. The fridge was out in the garage, so the guys just had to pick it up and take it away. They were prompt and it worked out great.

Hired a junk hauler to remove some miscellaneous items/junk in my garage. Trash N Dash got our call, and they turned out to be a great company. They took everything that I wanted them to take and that was it. It was all good.

We called Trash N Dash to remove a Mattress and a box spring. They did a great job and I was very pleased with the service.

I needed some old furniture to be removed from my garage and patio. Trash N Dash did a really good job. They even swept out both the garage and patio after removing all the items, which was really nice of them. They were friendly, and the service was better than I had expected.

We needed to get rid of some garbage bags, cardboard boxes, and some old bikes. We called Trash N Dash late in the evening and they were able to come the very next day. Despite the short notice, they came on time and did their job quickly and efficiently. These guys were very professional and service was better than expected, so we used them again for a hauling at our in-laws place just last weekend.

A bunch of furniture down at Galveston Bay was falling apart and all rusty. We needed to have it hauled off. It was some lawn furniture and such. About 20 pieces of furniture that included outdoor Chairs and bar stools. They did just a really fine job over at Trash and Dash. Showed up on time and were real professional the whole time they were on base.

I was preparing my yard for a complete overhaul in the spring and needed to have an old barbaque pit removed along with a lot of other outdoor debris. It was about a third of a truck load. Two guys from Trash and Dash showed up and did a great job. They were in and out in about fifteen to twenty minutes and everything we wanted gone was. Job well done.

We needed some junk removed from the garage. The Trash N Dash guys were great. They arrived on time, and would update me on their work progress every couple of minutes. They were very professional and cleaned up everything that I needed to be taken away. I recommend them.

We needed a water heater and some boxes removed from our house. Trash N Dash did good. They came on time, picked up everything they needed to with no trouble or hassle. They were very efficient and we were very pleased with their service.

I had an old sleeper sofa. a couple of chairs, and some tables in my garage that I needed taken away. The guys from Trash N Dash were fantastic and I would recommend them.

I had a mattress, box spring, and a TV to be removed from my garage. The guys over Trash N Dash are fast, and they came on time. They made sure that all stuff that needed to be removed are loaded in their truck and they even cleaned my garage. I will use them again.

We had some stuff in their garage (paint cans, old trash can, small storage, and an old TV packaging) that needed to be hauled away. I contacted Trash and Dash and I was quoted $75 per cubic yard. However, they didn t show up on the scheduled day. My husband waited for 2 days until we finally just decided to do it ourselves. Not happy! 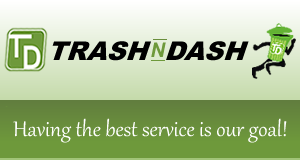