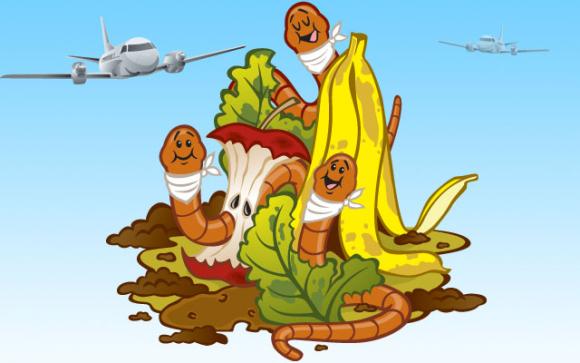 North Carolina’s Charlotte/Douglas International Airport (CLT) is on the cutting edge of manufacturing huge quantities of worm poop…Huh!? It’s true, and it’s not gross; it actually makes this airport one of the most eco-friendly in the United States.

The $1.2 million waste-to-fertilizer plan recently taken on by the 11th busiest airport in the U.S. is biggest composting projects of its kind.

The idea of the project is to turn the estimated ½ lb. of trash generated by each of the nearly 20 million passengers visiting the airport each year and recycling/composting as much of it as possible.

Under the new operation, all of CLT’s trash – about 25 tons per day – is sent to an underground sorting facility where workers pull out all the recyclables. The recyclable items are then crushed and baled before getting sold for dough. It’s a great way to make money from garbage that would otherwise get sent straight to the landfill. 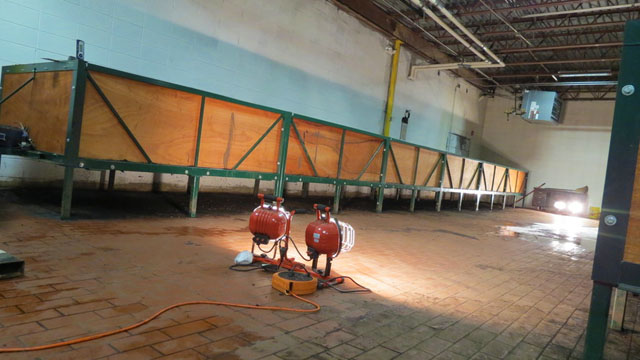 Composting bin at CLT Airport. The lights are used to keep the worms from exiting the bins. Source: NPR.org

Food scraps make up the majority of the other waste, and that’s the stuff worms love to eat! Workers load up incredibly huge 50-foot long compost bins with all of the food scraps. The bin is home to 1.9 million common worms, 3-inch long red wigglers to be exact. These worms feed upon the food waste and essentially speed up the composting process. 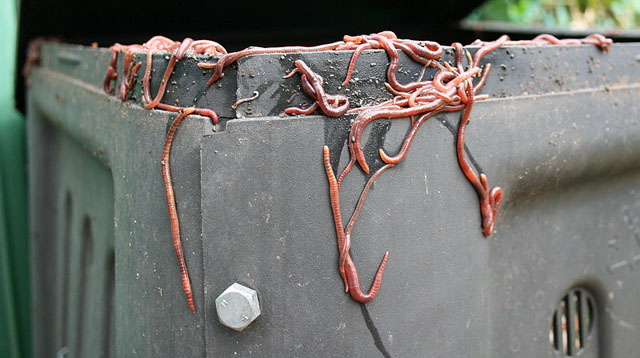 Airport workers say the organic fertilizer generated by the process is more than enough to fertilize all of the plants on the airport grounds.

The airport expects the operation to be profitable within just five years.

From an environmental standpoint, the Charlotte, NC recycling and composting operation is making a huge impact on the amount of garbage making its way to landfills. Airport officials say the new operation has helped cut the amount of trash sent to the landfill by 70 percent.

If you take a look at the numbers, it’s pretty remarkable: The airport generates approximately 9,125 tons of waste per year, but the new composting/recycling program eliminates about 6,388 tons of this waste from entering landfills.

It seems like every airport in the country should be following CLT’s lead on this one, but there are two major stepping stones: cost and space. It’s expensive to get one of these operations off the ground, and space is always an issue at busy airports.

Depending upon the success of the innovative new composting plan at the Charlotte/Douglass airport, you may see something similar popping up at your local airport in the near future. So far, it’s looking like clear skies and smooth sailing ahead. 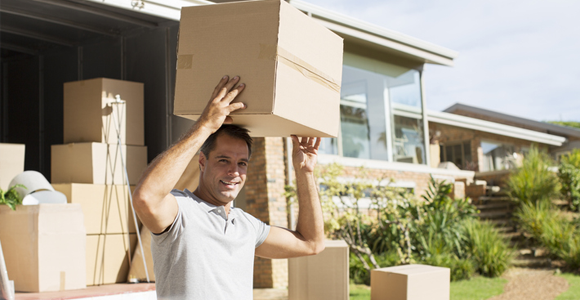 How to Get the Best Price for an Estate Cleanout