Detroit’s curbside recycling plan off to a shaky start

Detroit has had its fair share of problems in recent years -- bankruptcy, high unemployment rates and a housing crisis to name a few. You can throw the City’s dismal recycling rates in the mix, as well. The national recycling rate hovers around 35%, while Detroit’s has barely been able to crack double digits at about 10.5%. So, what’s the problem, and how can it be fixed?

The City has been behind the game for quite some time. While cities like San Francisco are today diverting about 80% of their waste stream away from landfills via recycling and waste diversion programs, Detroit’s curbside recycling program is still in its infancy and participation rates are only around 10% since its launch in 2014. Needless to say, there’s a long way to go.

A recent Detroit Free Press article suggests there are two big reasons why residents are not signing up for recycling:

The second one is quite disheartening when you think about all the waste that could be recycled or diverted away from landfills and local incinerator if residents knew that there is now an alternative option.

The one-time $25 container fee to obtain the 64-gallon recycling bin is hindering some from opting into curbside recycling. The Michigan Environmental Council and Zero Waste Detroit have teamed up to hopefully resolve this issue by offering payment assistance to those who need it.

Residents should contact their waste hauler – either Rizzo Environmental Services or Advanced Disposal – to arrange for assistance in paying the $25 opt-in fee.

If you’d like to help out the cause by covering the $25 fee for those who are unable to pay it, donate online right here.

Low participation rates from the start

During the 4-year pilot plan for Detroit’s curbside recycling program, participation rates hovered around 20% even though every resident in the pilot program area was given a recycling container. Some residents used the container for trash overflow while others didn’t use it at all.

Because of the woeful participation rates during the pilot, officials decided to scrap the idea of giving every resident a recycling cart due to cost concerns. Instead, the $25 participation fee was put into play. Residents must opt-in if they wish to receive curbside recycling service.

What about the Recycle Here! Program in Detroit? Is it going to shut its doors?

Prior to the launch of curbside recycling in 2014, residents of Detroit had to drop off their recyclables at Recycle Here! – A City-funded organization that accepts recyclables from residents and schools in Detroit. What originally started in 2005 as a grassroots push to promote recycling in metro Detroit eventually blossomed into a fully funded recycling organization handling the majority of the City’s recyclables.

So far, there are no plans to shut down Recycle Here! now that curbside recycling is available. Funding is still available to the program, although there’s no word on how long the City plans on putting money toward it.

Governor Rick Snyder put into motion a two-year plan to double recycling rates statewide by 2016. Michigan as a whole only recycles about 15% of its waste, so it’s not as if Detroit is the sole offender here, although it is the biggest city and a good place to start turning things around.

Michigan’s $0.10 bottle deposit is one of the few remaining such initiatives nationwide, and while most residents participate in the bottle return plan, it only represents 2% of the State’s total recycling stream. Additionally, the bottle bill plan is an “anti-littering program” and not specifically a recycling initiative, DEQ Director Dan Wyant told MLive.com.

Until 2014, there hasn’t been a comprehensive statewide recycling plan for Michigan, but Gov. Snyder hopes his two-year plan will get the State’s recycling rate up around the national average by 2016.

Is Detroit an isolated case, or is it more widespread?

Detroit was the last of the top 30 largest cities to adopt a curbside recycling program, so in that sense, Michigan’s largest city is one of the worst at the 3 “R’s”. On the other hand, cities like Oklahoma City, San Antonio and Philadelphia are a few other major cities with recycling rates lower than Detroit’s (based on 2009 statistics).

The alarming aspect of recycling in America is that it’s been stagnant from quite some time and many cities are giving up on it. It’s expensive to run a citywide recycling program, and some cities simply can’t afford to flip the bill.

While trash continues to pile up and landfills are at capacity, many cities are looking to alternative means of waste disposal. Incineration is one not-so-clean method for disposing of waste, and Detroit operates one of the biggest incinerators in the country.

Detroit is in revitalization mode right now with big business and tech startups popping up amidst the abandoned buildings and empty lots. Some have even called Detroit the next “Silicon Valley” as companies like Google have setup shop in the City.

Whether or not Detroit’s recycling woes follow suit with its revitalization and start climbing is yet to be seen. Now that curbside recycling is available in the Motor City, it’s up to the residents, grassroots organizations, and local officials to get the word out about the benefits of recycling and what it could mean for the City of Detroit.

What could it mean?

A few of the many benefits include:

FIND: Recycling and bulk waste disposal options in the City of Detroit 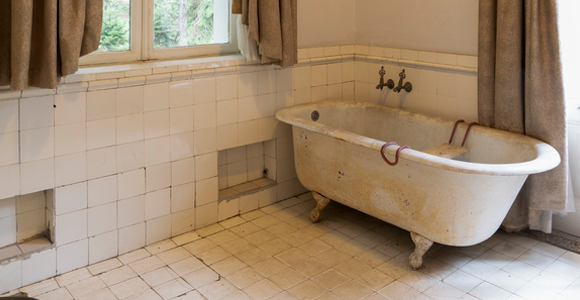 How to Get Rid of a Bathtub