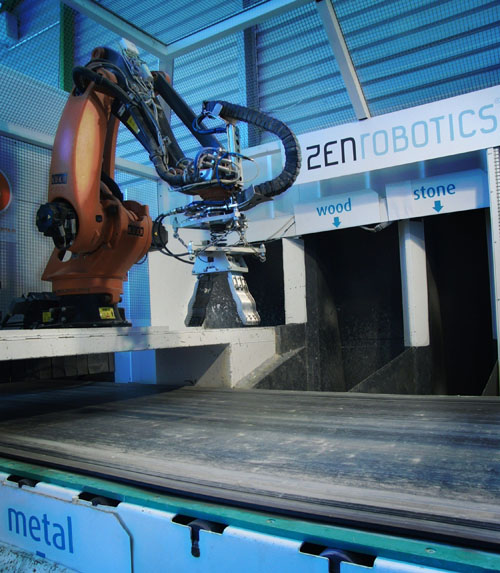 Another example of how robots are taking over the world! Well, the world’s first robotic recycling system isn’t out to takeover humanity (…I don’t think), but it can help save it. Baetsen Recycling based in Son, the Netherlands has made plans to integrate a robotic recycling system created by the tech experts at ZenRobotics. It will no doubt be the most technologically advanced system of its kind.

The ZenRobotics Recycler (ZRR) is basically a huge robotic arm that is designed to sort out recyclable material from other waste. It’s programmed to separate construction and demolition debris from other wastes. It grabs wood, metal, stone and other reusable materials from a moving conveyor belt and places the materials in their own separate container for recycling. It has a max capacity to pickup pieces of material weighing as much as 44 lbs.

It Takes Money to Make Money

The ZRR system will cost EUR one million, or the equivalent of nearly $1.3 million. Baetsen will have the system installed starting in early 2013. It hopes the large upfront cost of the ZRR system will pay off within a relatively short period of time. According to ZenRobotics, the cost of disposing of recovered materials, as well as the profit gained from selling these recovered materials, can easily help recover the ZRR’s upfront cost. For example (prices are per ton):

Prices are per ton. Information derived from ZenRobotics.com

The ZRR can sort through construction and demolition debris extremely efficiently. It’s capable of grabbing material at a rate of 1,400 picks per hour, or the equivalent of seven million picks each year running at full capacity.

Taking a look at the math…

The ZRR system can pay for itself in less than a year. Consider the fact that one ZRR robot can recover an average of 10,000 tons of construction and demolition recyclable material per year.

Let’s say this material is equally divided between metal, wood and stone (probably wouldn’t occur this way in real-life, but it works for this example). The recycling facility using the ZRR and processing a total of 10,000 tons would make/save more than $1.4 million per year. That would more than payoff the hefty upfront price tag of the ZRR system.

Even beyond the cost benefits recycling facilities can experience using the ZRR, it’s most beneficial contribution is an environmental one. It can help eliminate thousands, even millions, of tons of construction and demolition debris from entering landfills.

Furthermore, it helps reduce deforestation and promotes reusing the materials we already have available. Sounds like a win-win to me! Unless, of course, this is an evil plan for robots to take over the planet. Hmmm…I think it’s worth the risk ;) Have a look at how this bad boy operates:

About ZenRobotics and Baetsen Group:

ZenRobotics is a Finnish company founded in 2007. They specialize in robotic recycling technology. Baetsen Groupis a waste handling company with both private and government clients. Its focus is on sustainability. Baetsen recycles nearly one million tons of waste each year.

A Guide to Renting a Dumpster in Cincinnati, OH 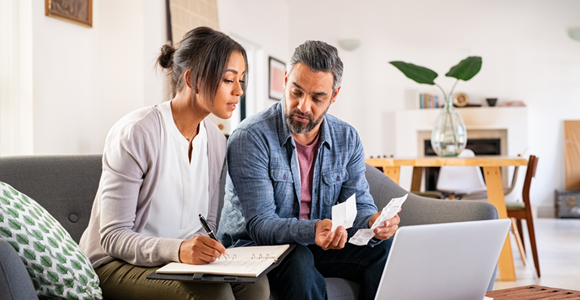