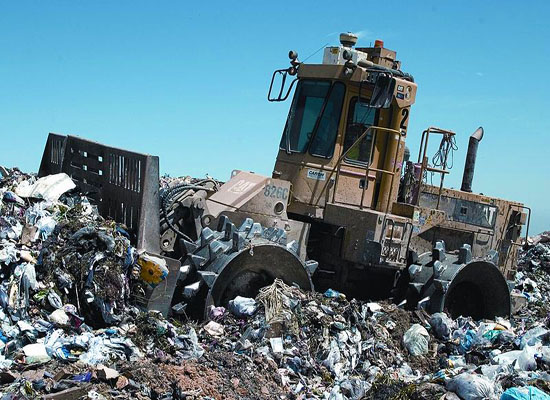 The estimated 250 million tons of trash that enters the municipal waste system in the U.S. each year can actually be useful. In the past, a landfill was simply a giant mound of garbage, but that’s starting to change. More and more landfills across the country are turning to new technologies designed to convert a potentially harmful byproduct of landfills, methane gas, into a usable source of energy.

The Environmental Protection Agency (EPA) launched the Landfill Methane Outreach Program (LMOP) in an effort to help reduce the amount of methane gas released into the atmosphere. Landfills release 27.5 million metric tons of methane into the atmosphere each year, making it the third largest human-generated source in the country. The goal of LMOP is to assist landfills in capturing landfill gas (LFG) and converting it to energy. Methane gas in the atmosphere contributes to poor air quality, climate change and breaking down of the ozone layer. Converting LFGs to energy also helps reduce the need for fossil fuels, such as coal and oil, making it a much greener alternative. 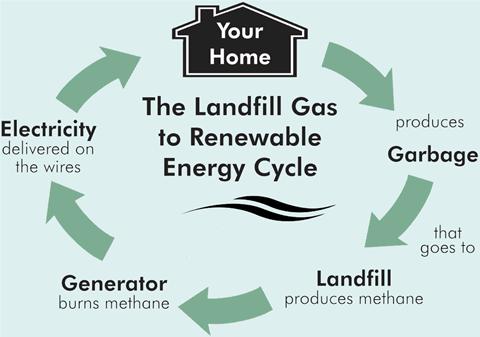 The decomposition of garbage at landfills naturally releases various greenhouse gases into the atmosphere. Methane makes up about 50 percent of these gases. According to the EPA, LFG landfills can capture 60 to 90 percent of this methane gas to reuse in various ways. About two-thirds of the methane gas captured at LFG landfills gets converted to electricity for use on-site and in residential or commercial applications. LFG is also used for heating applications and as an alternative fuel source, such as for vehicles.

A recent innovation being utilized by some LMOP partners is a cogeneration approach, meaning the recovered methane gas is utilized for both electricity and thermal applications. The EPA states that the U.S. currently has 576 operating LFG landfills and about 510 more that are good candidates to start the methane gas recovery initiative. If these 510 landfills were to launch LFG recovery projects to turn methane gas into electricity, it would collectively produce enough electricity to power 682,000 homes. 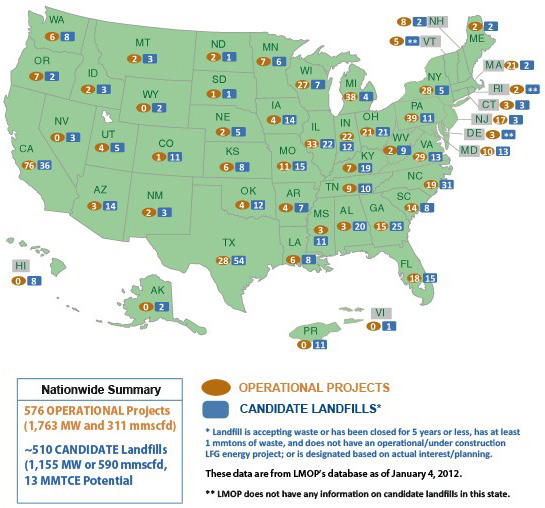 So, next time you think your garbage is doing nothing else but polluting our air and land, think again. Landfills are actually making trash into a renewable energy source. The LMOP initiative is still in its early stages, but it’s definitely a step in the right direction.

Dumpster Rental 101: How to Rent a Dumpster

How Much Does It Cost to Rent a Dumpster?