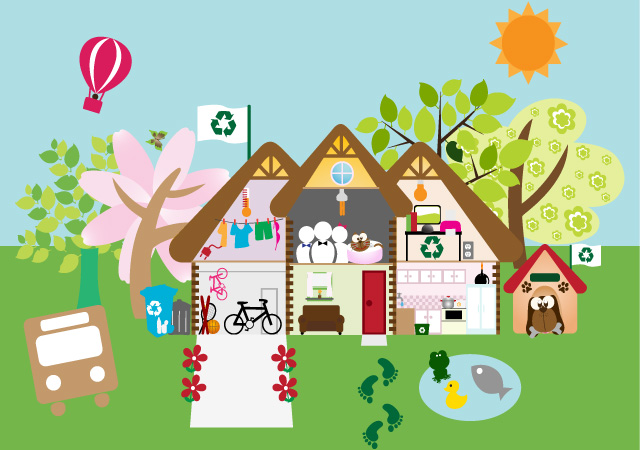 House flipping is the concept of buying a rundown house, fixing it up, and selling it for a profit. Flipping houses has been around for quite some time, but a new trend in house flipping, called eco-flipping, aims to make the process a bit greener.

More and more small eco-flipping companies are popping up around the country, reports Bloomberg Business Week.

That’s the advantage of purchasing an energy efficient home. Foreclosed homes are pretty much everywhere at the moment – an estimated 11 million nationwide – so eco-flippers have no shortage of inventory to work with. Why renovate old homes to make them more eco-friendly instead of just tearing them down and rebuilding a brand new eco-friendly home? It all comes down to cost. It’s far cheaper to renovate than to completely demolish and rebuild.

Brent Farrell of Houston-based ReCraft Construction is ecstatic about the eco-flipping trend. Since 2009, his company has “greenified” 15 homes, and each one sold in less than a month. Home buyers simply prefer a green home over one that’s not quite as energy efficient. Makes sense.

Farrell says the $75,000 to $120,000 spent in renovation costs on each home is well worth the investment. His company’s profits have skyrocketed since focusing on green renovations, and he expects profits to increase by at least 50 percent this year.

Are you thinking of doing some renovating or remodeling? A dumpster is a great way to dispose of resulting debris and constructin materials.

So, what type of renovations are we talking about here? The primary upgrades eco-flippers focus on are insulation, energy efficient appliances, skylights, Energy Star water heater/furnace, and alternative power sources, like wind and solar. These upgrades typically come with hefty price tags compared to the less efficient alternatives; however, eco-flippers are convinced it’s well worth the extra cost.

They must be onto something, considering home buyers are scooping these homes up left and right. Just think about the energy savings over time.

Let’s use the previous example of Christine Fisk who purchased an eco-friendly home in Phoenix. Her monthly electric bill was $40, and that’s for a two-bedroom bungalow. I did a little research over at Trip Savvy, and found that some Phoenix residents are paying as much as $500+ per month for electricity!

Of course, there are several factors that play a role in electricity costs (home size, appliances, pool, etc…), but you can still see a big difference. Even if the average electric bill was $200 per month, we’re still talking about a savings of $160 per month.

A Seattle-based company called Green Canopy Homes is a small team of green-minded individuals renovating old homes into energy efficient gems. Have a look at one of the company’s recent projects, a 3,100 sq ft, 3 bedroom, 2.5 bath craftsman-style home.

How to Efficiently Clean Up a Foreclosure or Eviction Property

Get Your Yard Ready for Spring in 5 Simple Steps

How Much It Costs to Clean Out an Apartment or Condo