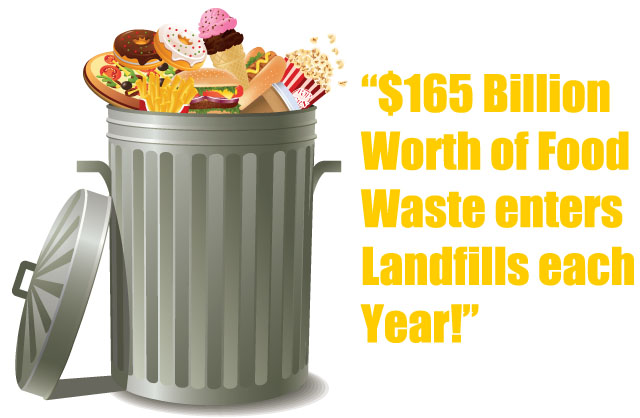 The average American throws out 23 lbs. of food waste each month, according to the Natural Resources Defense Council (NRDC) Blog. This is 50-percent more than the 1970s. Not only is it wasteful, but it’s expensive. The NRDC points out that this amount of waste costs the average family of four as much as $190 per month! The statistics are staggering.

The amount of food wasted in America is quite astounding. The NRDC estimates as much as 40-percent of food in America goes straight from the farm to the trash can.

This uneaten food not only wastes billions of dollars each year, but it also consumes a considerable amount of time, energy and water during the manufacturing process.

The EPA estimates that 14-percent of the total municipal solid waste in America is food waste, which is equivalent to more than 34 million tons each year (2010). The worst part is that less than 3% of food waste is ever recycled or recovered.

You can see the amount of food waste generated in America is quite large, probably larger than you ever thought. But what can we do about it?

What exactly is Food Waste?

The EPA defines food waste as: “Food wastes are the organic residues generated by the handling, storage, sale, preparation, cooking, and serving of foods.” It’s important to know exactly what food waste is before you can take action toward reducing it.

Food waste is more than just the leftovers you throw out after dinner; it also includes used oil/fats, fruit and vegetable scraps (i.e., stems/pits/rinds) and expired foods.

The NRDC stresses the fact that expiration dates on food are not 100-percent accurate. It states most expired foods are still perfectly safe to eat. If it still looks and smells good, it’s most likely safe to eat.

There are several ways to reduce the estimated $165 billion worth of food waste entering landfills each year. The EPA has put together a pretty straightforward, yet effective, plan for reducing food waste in America. It’s called the Food Waste Recovery Hierarchy: 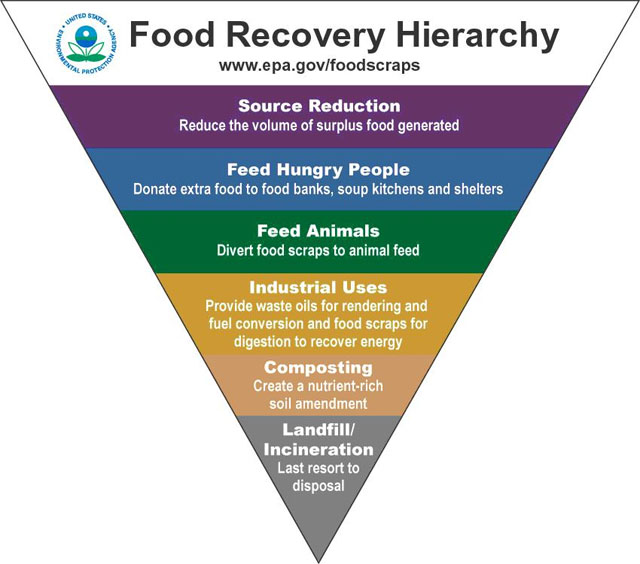 Let’s go through each level one-by-one.

Source reduction simply refers to purchasing and producing less food. Let’s face it; we consume far more food that we need. Want proof? According to the Centers for Disease Control and Prevention(CDC), more than 35-percent of adults in the U.S. are obese.

The NRDC states Americans eat 10 times more than people in Southeast Asia. Obesity statistics in America prove we eat more than we need.

Source reduction is the most desirable way to reduce the amount of food waste generated. As a consumer, this means you need to be smarter in the grocery store. Meal planning, making shopping lists to avoid impulse buying, portion control at mealtime, and conducting a “food waste audit” in your home are all useful ways to reduce household food waste.

NRDC statistics show one-in-six Americans are struggling to put healthy food on their table each day. By reducing food waste in the U.S., we could feed the vast majority of people living in poverty. In fact, the NRDC says a 15-percent reduction in food waste could help feed 25 million Americans.

A viable option for reducing food waste is converting it to animal feed. This can get a bit complicated since it’s not healthful to feed animals all types of food waste.

Federal and local regulations also exist to restrict the types of foods that can be fed to animals, such as the Federal Swine Health Protection Act.

The good news is there are companies out there turning food waste into healthy pet food and livestock feed. Most of the food scraps are collected from restaurants and grocery stores. Before feeding food waste to pets or farm animals, talk to your veterinarian and do plenty of research beforehand to make sure it’s done correctly.

Fats, oils and grease (aka: “FOGs”) are tough to dispose of at home. Feeding FOGs to pets or farm animals is typically not recommended. It’s also not a good idea to compost, recycle or improperly dispose of any materials that come in contact with FOGs.

So, what do you do with it? Rather than tossing fats, oils, and grease into the trash, certain companies are able to render FOGs into products like animal feed, soap and biodiesel.

FOGs are also used industrially to create energy during a process called anaerobic digestion. This process extracts methane gas which is then burned for energy. Many communities across the U.S. offer free pickup and disposal of FOGs. Contact local city officials for options in your area.

Much of the food waste entering landfills could actually be composted into nutrient-dense organic matter instead.

It’s easy for homeowners to get started composting. Very few materials are needed. You can get started with some chicken wire and a shady spot in the yard. Good food scraps to compost include fruit and vegetable scraps, coffee grounds/filter and egg shells. Avoid meats, bones and FOGs.

Last in line, and the least desirable way to dispose of food waste, is putting it in the garbage can. By following the EPA’s Food Recovery Hierarchy, you can greatly reduce the amount of food waste leaving your home or business destined for the landfill.

Times are changing; people are becoming more and more aware of the health and environmental effects of being wasteful. In fact, a recent survey conducted by Shelton Group found that ‘wasting food’ was the top response when asking people what they felt guilty about. 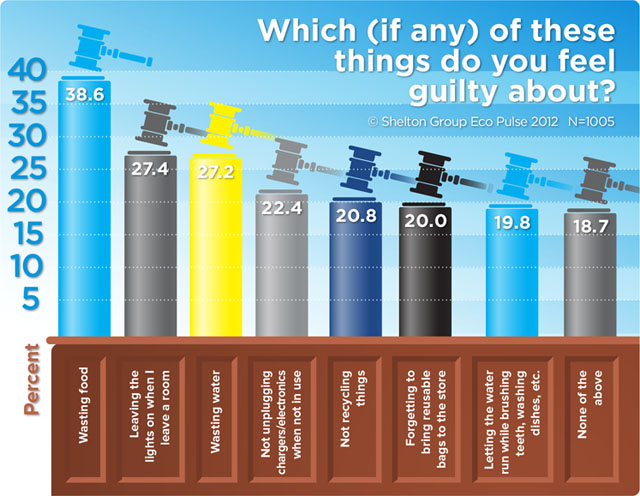 Communities across the country are also taking note. Waste-to-energy facilities are popping up around the country; curbside recycling is at an all-time high; composting is popular in rural and inner-city communities; businesses are becoming less wasteful.

Starbucks is the perfect example of how some businesses are recycling food waste. The coffee giant is working with scientists in Hong Kong to turn its food waste into plastic materials, laundry detergents and other items.

The progress toward reducing the amount of food waste entering landfills is definitely heading in the right direction, but there’s still a ways to go. The key to sustained progress is awareness. People need to know the extent of the problem and the fact that a relatively small reduction in food waste could help feed hungry mouths across the country.

Please share this information with friends and family to help increase awareness about the state of food waste in America. 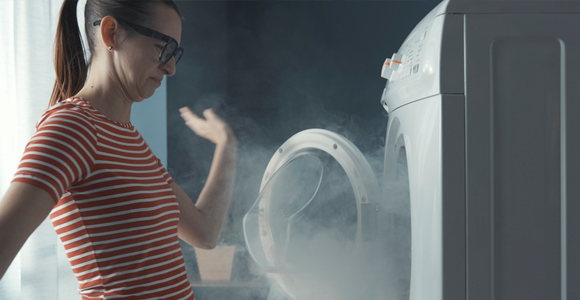 How to Get Rid of a Washer and Dryer 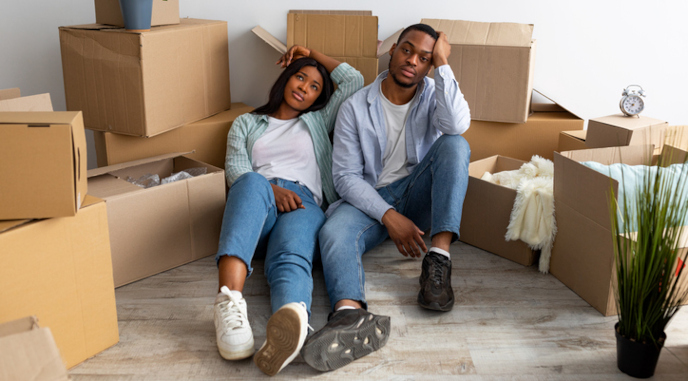 Tips for Decluttering Before a Big Move